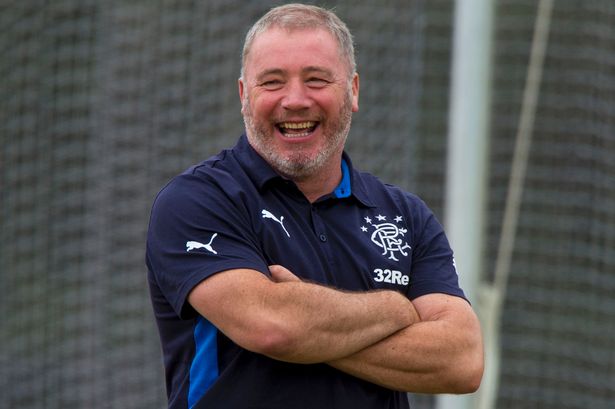 Former Rangers player and manager Ally McCoist has confessed that he would be open to returning to the Ibrox hotseat after Pedro Caixinha’s sacking.

The Glasgow giants have struggled this season, with an embarrassing elimination in the Europa League playoff rounds by Luxembourgian minnows Progres Niederkorn compounded by inconsistent domestic form.

Rangers drew 1-1 with Kilmarnock on Wednesday night and Caixinha was duly dismissed, leaving the Scottish side with a decision to make in regards to who the best person is to lead the club forward.

McCoist has stated that he would potentially be open to answering the Light Blues’ call if it comes.

“You never know, it’s a club that I’ve loved as a very small boy,” he told BBC Sport.

“It was the greatest privilege of my life to manage the club, so I’m not going to sit here and say no because it’s a club I’ve always loved and will continue to love.”

McCoist played for Rangers for 15 years, with the striker scoring over 250 goals for the Glasgow outfit.

The 55-year-old was also the Ibrox club’s manager for three years after the Light Blues went into liquidation and were forced to start again in the lower reaches of Scottish football.

However, McCoist left Rangers in somewhat acrimonious fashion, being replaced by Mark Warburton.

The potential for the former Scotland international returning as the Glasgow outfit’s manager would surely be treated with outrage by the club’s fans – with the supporters calling for a more-convincing option.

Rangers find themselves in fourth place in the table after ten games and they are already eight points adrift of division leaders and fierce rivals Celtic.