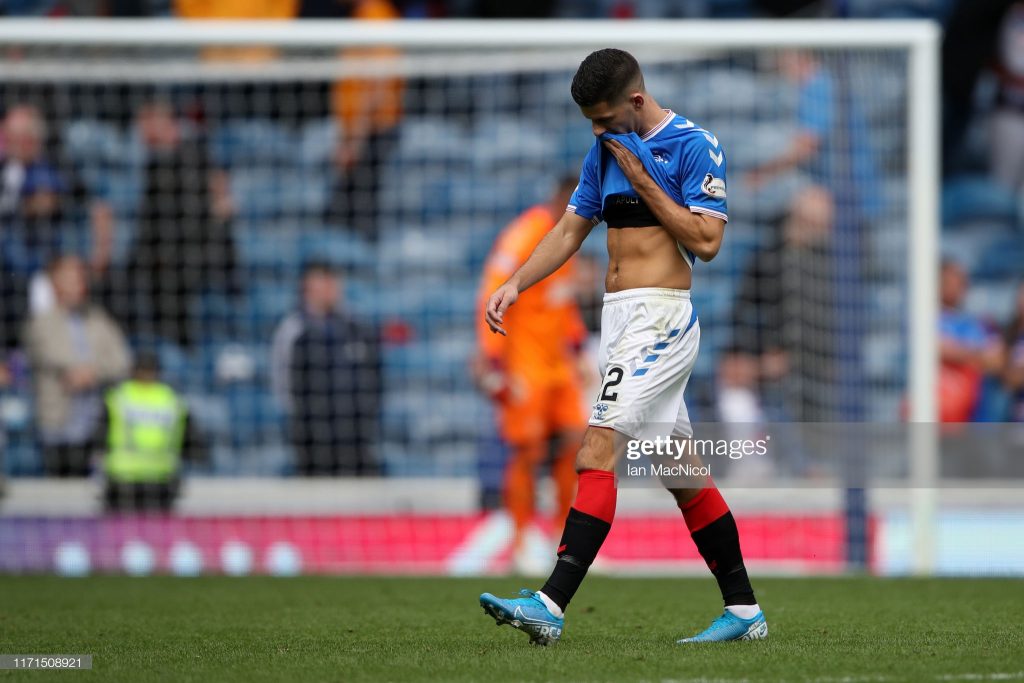 Rangers were reduced to 10 men in the closing stages of their 2-0 loss to Celtic during Sunday’s Old Firm clash at Ibrox after winger Jordan Jones was shown his marching orders.

The Light Blues forward launched a malicious tackle on Hoops right-back Moritz Bauer, and he took the former Sunderland man out in the process.

Jones injured himself as a result and is now facing months out after he was spotted leaving Ibrox on crutches following the horror lunge.

The Celtic full-back didn’t sustain any serious injury from the tackle, though, but Jones has since apologized to him as revealed by the Light Blues’ man former teammate Gary Dicker.

“I spoke to him earlier…it can be a lonely place. Everyone’s telling you what you should have and shouldn’t have done,” the Kilmarnock star told BBC Sportsound (via The Scottish Sun).

“He spoke to the right-back at Celtic and apologised.

“You’ve just got to learn from it and use it. I think he was pretty down at first, which is natural after the game. Hopefully the results (from his scan) come in and it’s not as serious as he might think it is.”

Despite the bitter rivalry between both Old Firm teams, Jones displayed an excellent spirit of sportsmanship by apologizing to the Celtic summer signing for his unsportsmanlike behaviour.

The 24-year-old’s absence will now allow Ryan Kent walk into the Rangers starting XI after he completed a £7 million move to Ibrox from Liverpool on summer transfer deadline day, and it will be exciting to see if he will be able to reclaim his starting berth once he returns to full fitness.