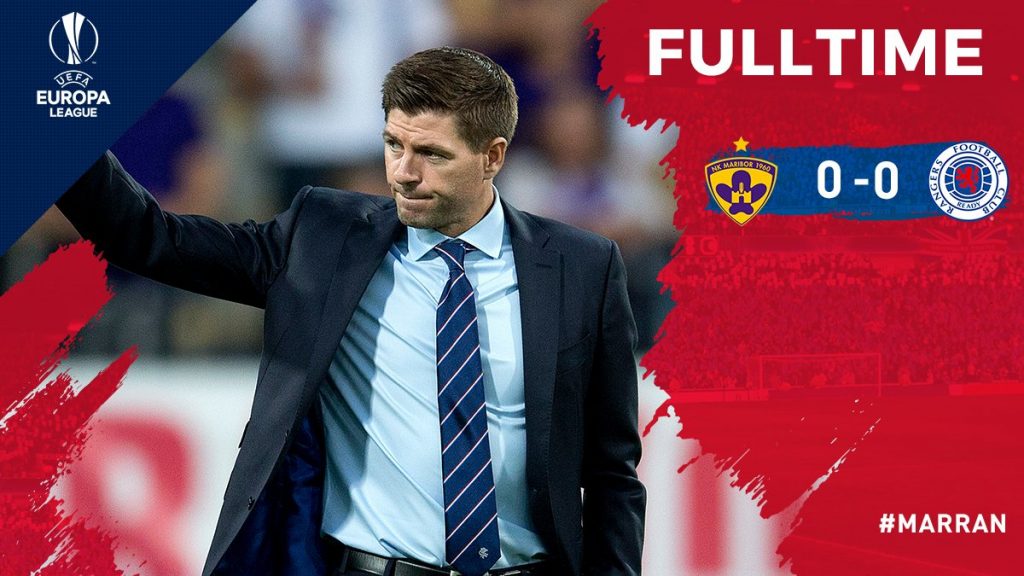 Rangers managed to secure their place in the next round of the Europa League after a goalless draw in the second leg against Maribor.

The Scottish outfit managed to win the first leg 3-1 at Ibrox a week ago.

Rangers keeper Allan McGregor saved a crucial penalty for his side during the second leg.

Manager Steven Gerrard has revealed that he is proud of his players. He went on to explain that Rangers have just beaten a Champions League team and it gives him great hope going forward.

The former Liverpool captain is still unbeaten as the Rangers manager. The game against Maribor was his ninth competitive game. His side have also managed to keep a clean sheet in most of this matches.

Rangers fans seemed delighted with the performance from the players in a tough away game. They took to Twitter to share their opinions on the game.

The Scottish outfit are now two games away from a potential Europa League group stage place.

Here are some of the best reactions from the Rangers fans.

A proper Rangers team at last ?

What a result they fought brilliantly. Stevie will surely achieve great things with Rangers. Good luck ?

That was like watching a Walter Smith rangers side brilliant

And that my friends, is how you play an away tie in Europe. Congrats to the players and coaching staff, well deserved over the two legs. ??⚪️

Fucking send it. What a result. ??