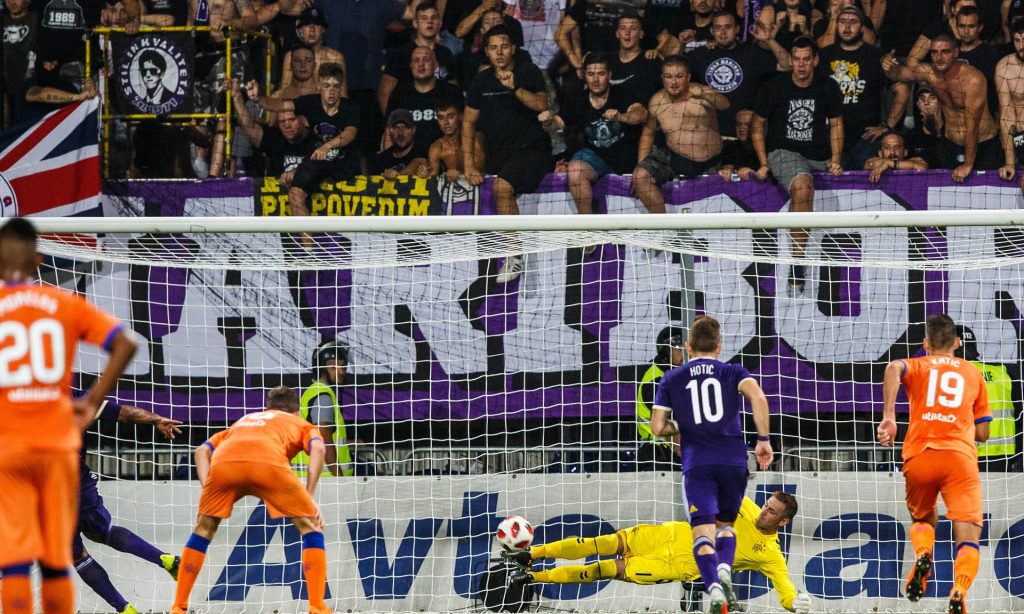 Rangers fought out a brilliant 0-0 draw away to Maribor last night to secure their place in the next round of the Europa League.

Keeper Allan McGregor pulled off a stunning penalty save in the stoppage time to preserve Steven Gerrard’s unbeaten record as the Rangers manager.

Rangers will now fact FA Ufa in their next game and a win against them would earn them a place in the Europa League group stages.

James Tavernier’s mistake allowed Tavares a late spot-kick but the Scottish side held on.

McGregor saved a fantastic free-kick from Amir Dervisevic earlier on in the game as well. He also saved a Tavares effort from point-blank range.

The highly experienced keeper joined Rangers this summer and the fans will be delighted with his imperious display on a crucial night.

The home support tried to unsettle the keeper by throwing objects at him but that did not affect McGregor.

Here is how the Rangers fans reacted to his heroic display against Maribor last night.

Comedy as the Irish bar in Spain cheers the penalty award. Priceless their faces when McGregor saves ???

Signing of the summer for us

Shagger – what a man ??
Hearts pounding watching this ?

Fantastic save. Never a penalty though !

What a performance! Excellent to a man bit a special word for McGregor.