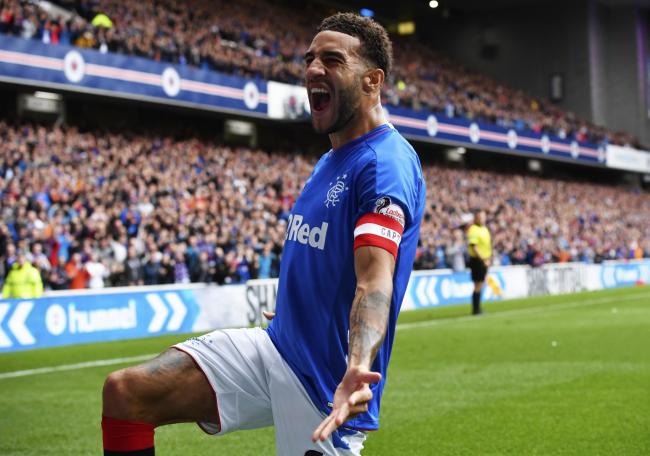 After a stalemate first-half, two goals within four minutes in the second half from Alfredo Morelos and Steven Davis pulled the tie in Rangers’ favour.

There were so many good performers during the game. The likes of Morelos, Davis, and Kamara were superb against the Euro giants, but many Rangers fans are drooling over the performance of Connor Goldson who was immense on the night.

He won four ariel duels, made eight clearances, and attempted 13 balls during the game. The 26-year-old was an absolute rock at the back, and the Rangers fans couldn’t help but shower praise on him on Twitter.

Goldson has been immense tonight too.

Goldson gets a fair bit of stick but i thought he was tremendous tonight. God knows how we managed to win this game, we were very poor until we scored. What a result. Alfredo Morelos is the fucking difference. My love for him knows no bounds. Never ever leave.

Morelos may be the star man with the goal but Connor Goldson has been unbelievable tonight, absolutely dominated the air and handled pressure fairly well.

Him and Helander are great together.

Some half time team talk by the boss 👊 class to see the stands 👏 bouncing, Goldson different class! 🇬🇧

It is a crucial win for the Ibrox club as Rangers now sit joint top of Group G alongside Young Boys of Switzerland with two games remaining, while Porto and Feyenoord are three points behind.

The victory also shows how far Rangers have progressed under Steven Gerrard, who has only lost three times – and never at Ibrox – across 26 matches in continental competitions.