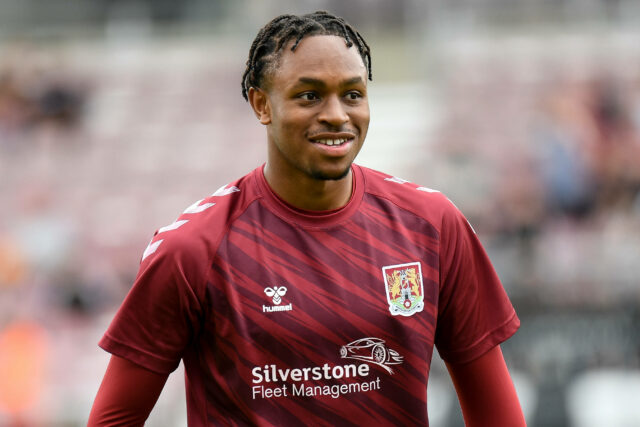 Glasgow Rangers have joined the race to bring exciting young striker Caleb Chukwuemeka to the Ibrox club this summer.

According to the Sunday Mirror (printed edition), the Gers are showing keen interest in signing the highly-rated Northampton Town striker.

The 19-year-old has also been chased by Premier League clubs Aston Villa and Tottenham Hotspur.

It was claimed earlier this week that Villa are leading the race for his signature.

Dean Smith wanted Chukwuemeka to join his brother at Villa Park, but he has started the new season with the Cobblers.

Rangers have several strikers in their ranks – Alfredo Morelos, Kemar Roofe and Jermain Defoe – but they are still keen to add another forward to their impressive squad.

Chukwuemeka is a player of immense potential, and top clubs must have seen something special in him.

His numbers don’t reflect his talent, but he is young and expected to improve with experience.

He only scored one goal in 22 league games for Northampton last season. However, he is a gamble worth taking.

The youngster is known for his unbelievable pace and physical attributes. He could be a good back-up option for both Spurs and Villa.

Although Rangers and Spurs are attractive destinations, a move to Villa appears more likely, with Chukwuemeka’s younger brother playing already for the Midlands club.