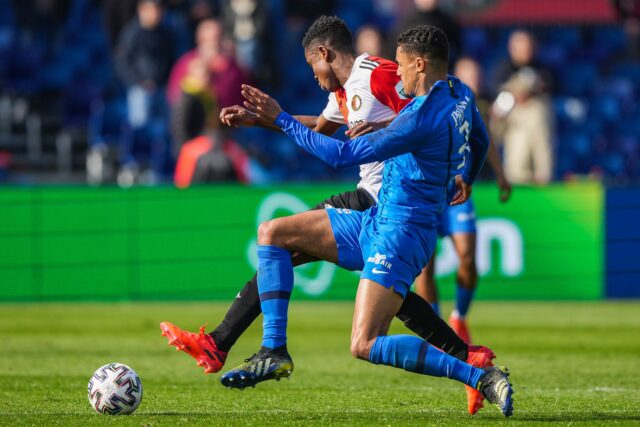 Rangers are reportedly interested in Vitesse Arnhem centre-back Danilho Doekhi this summer, but they face competition from Newcastle United and Norwich City.

According to The Telegraph, the Gers are considering making a summer move to sign the 22-year-old.

The former Ajax Academy product has been playing regularly in the Dutch league for three years now. He has just one year left on his contract and has attracted interest from British clubs.

He would be a relatively cheap option for both Rangers and Newcastle.

The young defender has featured prominently this season under boss Thomas Letsch. He described him as one of the best defenders in the Eredivisie following their 0-0 draw against Feyenoord.

It has been claimed that Fulham are also interested in securing his signature.

According to reports from Glasgow Live, it is unlikely that he will sign an extension with Vitesse.

The Dutch club will need to cash in on him this summer or risk letting him enter the final year of his contract.

Rangers are set to offer Doekhi a three-year contract. Dutch paper De Gelderlander claim the Gers are favourite to land him this summer.

In other news, Newcastle are keen on Matheus Nunes.