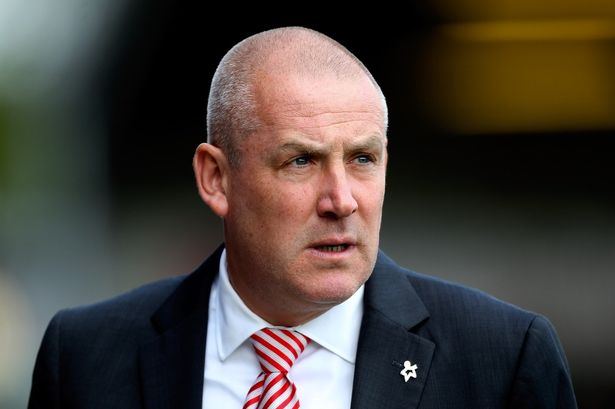 Scottish giants, Rangers, announced last night that they had accepted Mark Warburton’s resignation. The club confirmed the news after releasing a statement on Friday, although much to everyone’s surprise, Warburton has denied that he has stepped down from his role. He later claimed that he had not officially left his post, and won’t accept that his 20-month reign is over.

Warburton was linked with the vacant position as Nottingham Forest manager. However, that option is now out of the scenario, after Forest confirmed yesterday that their interim co-managers Gary Brazil and Jack Lester would remain in charge until the end of the season.

Rangers announced his departure with an official statement:

At a meeting with the management team’s representative earlier this week the club were advised that Mr Warburton, Mr Weir and Mr McParland wished to resign their positions on condition that Rangers agreed to waive its rights to substantial compensation.

Rangers’ agreement to waive compensation would assist the management team to join another club. This compensation amount was agreed when Rangers significantly improved Mr Warburton and Mr Weir’s financial arrangements before the start of this season.

The 54-year-old claimed that he was unaware of Rangers’ statement and said he had not formally submitted his resignation. The view was echoed by his management team – assistant manager, Davie Weir, and head of recruitment, Frank McParland.

The relationship between Warburton and Rangers chairman, Dave King, has become increasingly strained in recent weeks. Despite the uncertainty, he has no chance of taking charge of the club again. Rangers do not expect to pay more than £500,000 as compensation.

Rangers’ under-20s coach, Graeme Murty, will take charge of the club in an interim role. According to reports from the Times, Derek McInnes, Alex McLeish, Tommy Wright, Frank de Boer and Billy Davies have all been linked with the vacant managerial job.

The writing had been on the wall for Warburton after Rangers’ mediocre form this season. They are 27 points behind Celtic in the Scottish Premier League, and despite enjoying a financial advantage over other clubs, are still third in the league, behind Aberdeen.

Another factor that has led to enormous frustration among the Rangers faithful is Warbuton’s poor handling of the transfer window. Rangers made a significant investment in the summer transfer window, but Warburton’s signings have delivered a poor return.