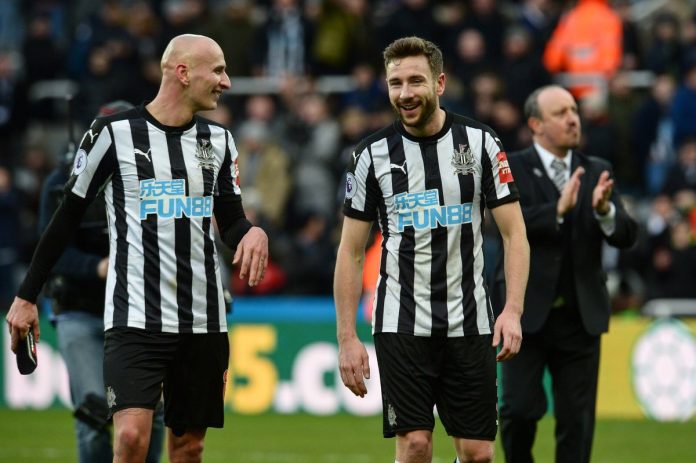 Rafa Benitez left Newcastle United for Chinese Super League side’s Dalian Yifang during the summer after he couldn’t agree to terms of a new deal with the club.

Steve Bruce has since replaced the Spaniard at Saint James Park, and despite leading the side to a 1-0 victory against Tottenham Hotspur on Sunday, the Geordie definitely has big shoes to fill.

Newcastle put in a defensive masterclass against Spurs, and one of the players that did impress at the back was Paul Dummett.

The 27-year-old emerged as the worthy man of the match and Benitez has claimed that he is one of the most underappreciated players he has ever worked with.

When asked during a Q and A on The Athletic which player would he consider the most underappreciated by the wider public and media out of all the players he has worked with, the Spaniard replied:

“Lucas Leiva. He was a fantastic professional and very positive for the team. Pepe Reina sometimes does not get the credit he deserves, he was a very important player for us.

“Also Paul Dummett at Newcastle. He is very consistent and is very clever in a tactical way. He can help the players around him and the fans do not always notice that.”

The Wales international is one of the few Newcastle academy graduates currently in the first team, and has played over 160 games for the Magpies since making his debut in 2013.

The centre-back featured in 45 Championship games to help the club to instant Premier League promotion back in 2016-17 and is one of the reasons they have remained in the English top-flight over the course of the last two seasons.

Dummett is surely underrated, and it remains to be seen if he will ever get the praises he deserves from the fans and media.