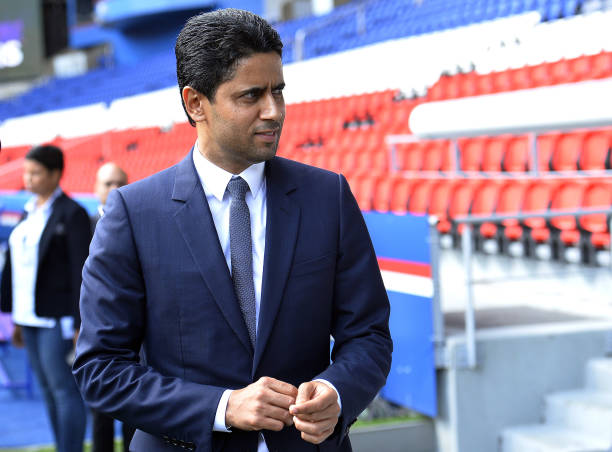 The Paris Saint-Germain President, who is still very much interested in buying Leeds United, has topped the Top 50 most powerful/influential people list drawn up by the Ballon d’Or organizers.

Al-Khelaifi has established himself as one of the most important people in the game, and having him as Leeds owner will definitely boost the fortunes of the Elland Road outfit.

According to 90min, Saudi Arabia’s Public Investment Fund are aware of QSI’s interest in Leeds and aren’t looking to be left behind when it comes to buying clubs.

While QSI are yet to own the Whites, it appears that a prospective takeover is still very much on the cards.

Talks aren’t ongoing at the moment with football suspended due to the coronavirus pandemic, but the PSG chief is hopeful that the £120 million deal will be finalized before the beginning of next season, and Leeds chairman Andrea Radrizzani has admitted that a deal could be struck.

Marcelo Bielsa’s side were top of the Championship prior to the break, and will hope to be in the English top-flight next season.

That will definitely make them a more prospective side for investors, and with the Premier League looking to resume action behind closed doors like the Bundesliga, the EFL will be preparing to follow suit, handing Leeds a massive boost in their ambition to land promotion.