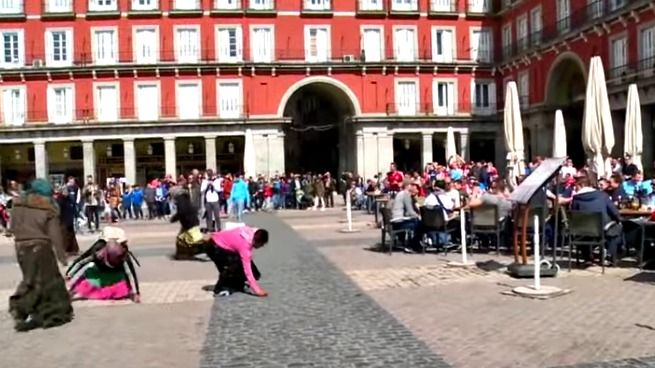 PSV Eindhoven have vowed to take actions against fans who were filmed humiliating beggars in the centre of Madrid by throwing coins at them.

Ahead of PSV’s Champions League clash with Atletico Madrid, fans were caught on camera taunting the women and asking them to kneel down on knees in exchange for money.

The fans were also accused of engaging in anti-immigrant chants and burning banknotes. It created a backlash all over the world, after the news was published by Spanish newspaper El Pais.

Miguel Angel Renden, one of the witness present on that day, told the newspaper:

“They were treating them like animals, and the women were shoving and almost hitting one another as they competed for the coins while the Dutchmen laughed.

“They were giving them five-cent coins. And the worst of the worst was when they threw pieces of bread on the ground.”

PSV disassociate themselves from the people who caused some incidents in Madrid yesterday: https://t.co/kv7189VoOshttps://t.co/VjQyNL3O56

PSV director Toon Gerbrands has described the behaviour of the fans as “scandalous” adding “The actions of a few individuals are damaging the reputation of the whole group.”

The club has vowed to find the fans who were involved and consider banning orders or worse.

“If we find them they will have some serious problems and we will consider banning orders or worse,” he said. “We will do anything to find the people who did this.”