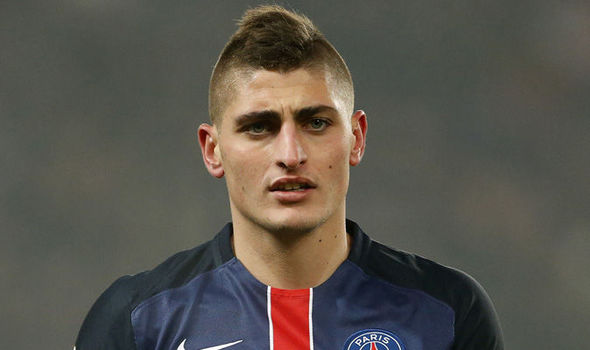 Italy midfielder Marco Verratti has signed a new long-term contract with Paris Saint-Germain that will see him staying at the club till 2021.

The 23-year-old missed a large part of last season as well as Euro 2016 with a groin injury and subsequently underwent a surgery. He has recovered completely and his agent has confirmed today the Italian has signed a new five-year deal with PSG.

The Italian is seen as one of Europe’s hottest midfield prospects and several European heavyweight clubs are vying for his signature this summer.

Back in June, Italian newspaper Corriere dello Sport claimed Manchester United were preparing to launch an astronomical £79m bid for the PSG playmaker. The recent in the player has died down in recent months with United focussing all their attention of signing Paul Pogba instead.

European champions Real Madrid have also shown a reported interested in signing Verratti but the player wants to win “something important” with PSG before moving elsewhere.

Verratti told Le Parisien: “I’m flattered that a great team like Real Madrid are interested in me, but I’ve made the decision of winning with Paris. I want to win something important here before I get tired or that the club no longer want me.”

He has ended all speculation now by signing a new five-year contract; his fourth renewal since joining the French champions in 2012. The news will come as a blow to Real Madrid who were probably planning to sign him after failing to lure Paul Pogba and Andre Gomes to Bernabeu this summer.