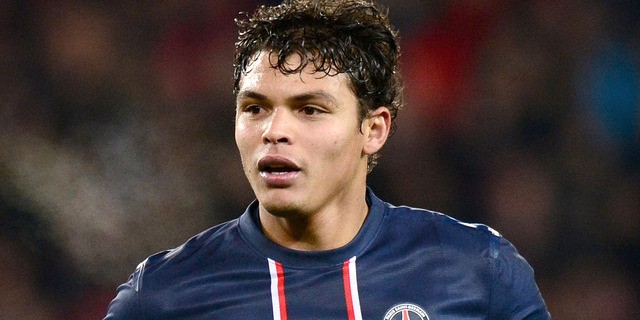 Regarded by many as the finest defender of his generation, Thiago Silva, captain of French champions PSG and World Cup hosts and favourites, Brazil, faces a year that could define him a one of the world’s all-time top players. It’s a far cry from the 21 year old player nearly forced out of the game at the tender age of 21.

Playing in Russia at Dynamo Moscow, he contracted tuberculosis, and was forced to spend months in hospital, in isolation. To cap the misery, when finally recuperated, he was not considered worthy of reintroduction at the club. His European football career seemed over, and he retreated to his native Brazil and Fluminese.

Thiago’s was a rare talent however, and his tenure back in Brazil’s sunshine coincided with a renaissance of his powers. His club conceded less than 40 goals in the entire season, and Milan were tempted into paying a reported 10million euro fee to induce him to take a second bite at European football. He quickly found Milan much more to his taste than the Russian experience in Moscow, and the fee just as quickly began to look like a steal.

All in all, he played just less than a century of games for the Rosaneri and secured the Serie A title in 2011. In the process, he became the hottest of properties for the mega rich and successful cvlubs at Europe’s top table. It was PSG that wanted him the most, and with the ace up their sleeve of Brazilian legend Leonardo as Director of Football, it was possible to persuade Thiago to forsake Milan for the ‘joie de vivre’ of life in Paris. Milan lost the player that had come to be known as the ‘Monster’, but the fee they received from the oil-rich French club, something in the region of 42million euro represented a monster profit.

Apparently, since his arrival in Paris, he has been the subject of two enquiries from Barcelona, but with the French title secured, and more expensive signings joining the club during the summer, PSG will feel that they have as much chance as many clubs to have a concerted tilt at the Champion’s League.

Thiago remains a fairly undemonstrative person, very much in the style of his play. Calm and efficient, he’s the perfect foil to his partner at the heart of the Brazilian defence, Chelsea’s David Luis, whose flamboyance both on and off the field are the perfect counterpoint to his captain. Despite his reticence and understated demeanour, a second French title, and a successful European campaign for PSG would be the perfect aperitif to a summer’s World Cup in Brazil, where if Thiago lifts the trophy aloft in the Maracana as many expect, his place in the history of the game would be assured.