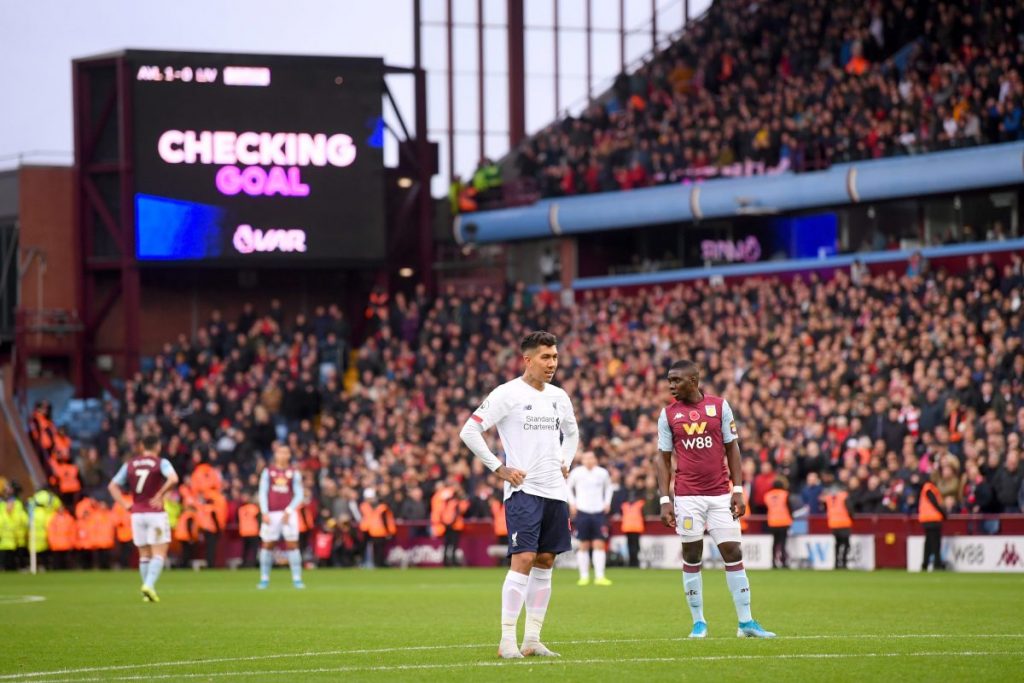 Ever since it’s been implemented into the Premier League from the start of this season, VAR has been the point of much scrutiny due to the repeated errors its making into taking the liveliness away from games.

The most recent week of the Premier League saw some dubious decisions take place, including Roberto Firmino’s armpit being judged as offside and Heung Min-Son unfairly being sent off against Everton.

Jurgen Klopp vented his frustrations towards VAR after the dubious decision went against his side, going to the lengths to say that it could even get managers sacked for wrongly losing teams games.

Even Frank Lampard explained how the current state of VAR is in a very “dangerous place” after Watford were awarded a cheap penalty in their game during the weekend.

Well, the International break will give the officials some time to analyze their mistakes and the Professional Game Match Officials Limited(PGMOL) manager Mike Riley will chair a meeting alongside the Premier League managers on Thursday.

He held a meeting with the Southern-Based Premier League sides officials last week and will talk to the Northern-Based ones this time around to come up with a  definitive understanding on what should be done to improve VAR’s impact on games.

The major talking point of these meetings is whether or not the referees should have the power to use the pitch-side monitors installed in each and every stadium to help with the VAR calls.

Unlike the other countries, where the pitchside monitor is often used for referees to judge whether or not to approve the VAR decision, there hasn’t been a single occasion when a Premier League referees being given enough power to do the same thing.

Apparently, if the majority of managers approve that referees should be encouraged to use pitch-side monitors, something will be done to pass it onto in the near future.

However, according to The Telegraph, there could be a few unique changes being implemented in terms of VAR in the near future.

Among the changes, one will see a Premier League manager getting the right to appeal against any dubious decision during games and having the right to call upon or challenge VAR’s decision.

A meeting between all 20 clubs which is set to take place will see this change being put forward, but it will only be approved once all the parties agree to do so.

VAR has been the talk of the town for all the wrong reasons recently and with many questioning, whether it improves the state of the league or worsens it, the upcoming international break will allow bodies to look into improving its effectiveness.