The loan system is one of the most prominent parts of the transfer window.

Fringe players get some more minutes out on the pitch, their parent clubs aren’t stuffed full of players sitting in their reserves doing nothing, another club gets a player for a season – all-in-all, loan moves often benefit everybody involved.

This isn’t always the case. Many loan transfers don’t work out as hoped. Nonetheless, there are often plenty of success stories, and this season has been no different.

Here is a look at the best loan players from the Premier League in the 2020/21 season. 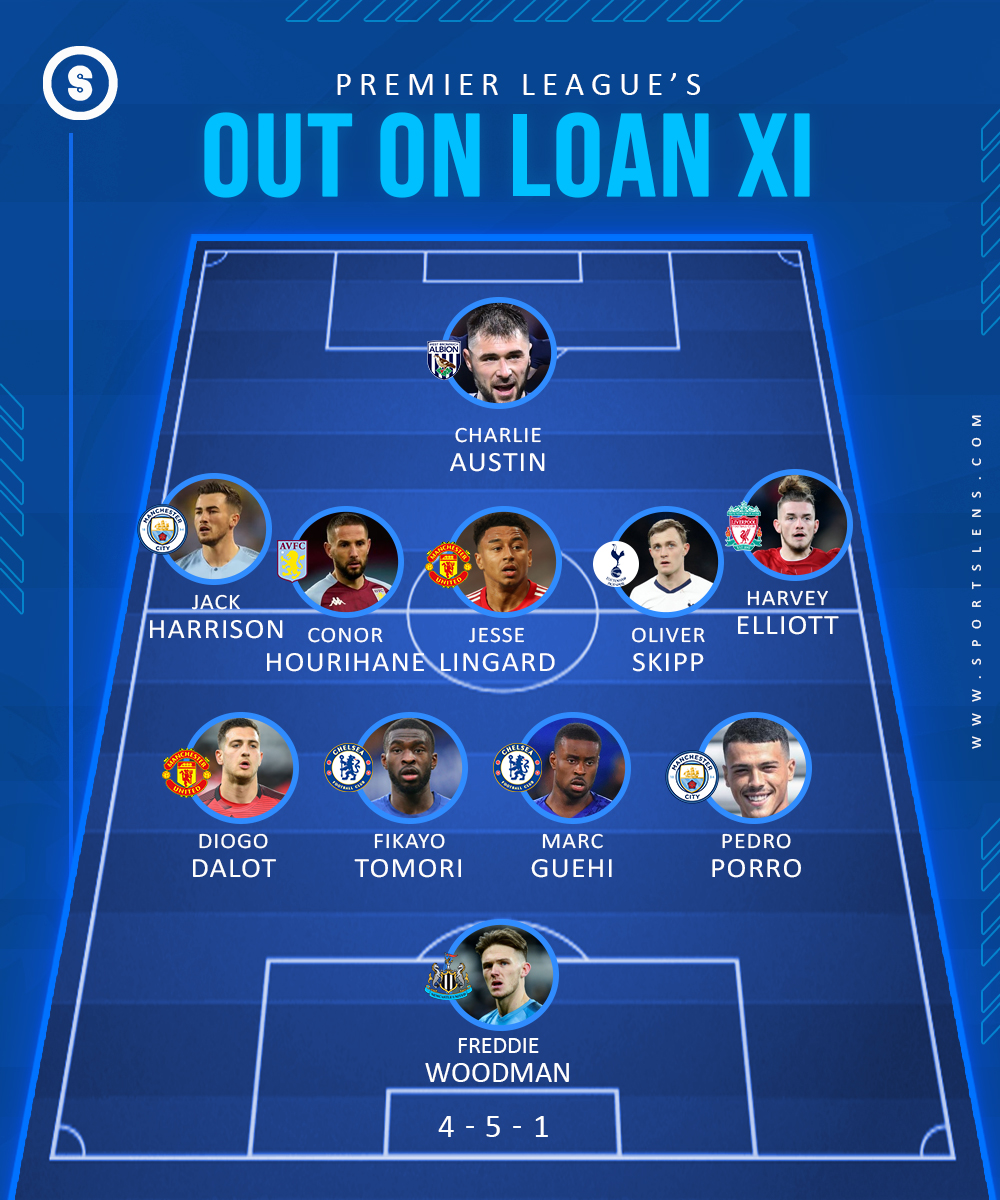 Freddie Woodman (GK) – The under-20s World Cup winner has enjoyed a promising season between the sticks at Swansea City, playing a key part in their charge for automatic promotion.

The Swans boast the third-best defensive record in the Championship, conceding 29 goals in 37 games while keeping 18 clean sheets. Woodman has been an important part of this, boasting the eighth highest save percentage in the second tier.

With his parent club Newcastle United in a potential relegation battle, there is the unlikely scenario of the parent club getting relegated while Woodman’s loan club gets promoted.

Pedro Porro (RB) – Arriving from Manchester City on a two-year loan deal, Pedro Porro has been influential in Sporting CP’s cruise to the Liga NOS title.

The Spaniard has started 23 of their 24 league games this campaign, helping his side sit ten points clear at the top of the table as part of a defence that has conceded 11 all season. Porro has also contributed plenty going forward, registering three goals and two assists.

Marc Guehi (CB) – Woodman may have been superb, but he isn’t the only one who has shone in Swansea’s backline this season.

Chelsea loanee Marc Guehi has rightly earned a lot of praise this term. His performances at the heart of Swansea’s defence have got him a starting berth for the England under-21s at the European Championships.

Fikayo Tomori (CB) – Chelsea are known for loaning out about 987,237,436 players every year, so it’s no surprise that two Chelsea loanees make up the centre-back pairing.

At the beginning of the 2019/20 season, Fikayo Tomori looked like one of the Premier League’s brightest young talents, earning himself a call up to the England senior team. However, he somewhat lost his way and subsequently struggled for regular playing time.

Along came AC Milan, who snapped up the 23-year-old in January with an option to buy. The Rossoneri seem increasingly likely to take up this option, following Tomori’s impressive performances in Italy.

The Manchester United man has spent the year at AC Milan and has enjoyed a strong season at the San Siro. Capable of playing on both sides of the pitch, Dalot has scored twice and assisted twice in all competitions.

Oliver Skipp (CM) – The likes of Teemu Pukki, Emiliano Buendia and Todd Cantwell may claim a lot of the credit at Norwich City, but Oliver Skipp is also a big part of the side that is running away with the Championship title.

The England youth international has been brilliant for the Canaries this season and is expected to have a very bright future in the game. Maybe next season we could see him get more game time at Tottenham, given their lack of quality central midfield options.

Conor Hourihane (CM) – Woodman, Guehi and now Hourihane – Swansea have made excellent use of the loan system this campaign.

The Irishman arrived in Wales in January from Aston Villa and has made an immediate impact. He has been excellent for Steve Cooper’s side, scoring five and assisting one from midfield in his 13 Championship appearances.

Harvey Elliott (RM) – It’s been an underwhelming campaign for both Liverpool and Blackburn Rovers, but they can take some pride in the performances of Harvey Elliott.

Only Norwich’s Emiliano Buendia has got more than his ten Championship assists this term. Furthermore, the teenager has scored five goals, making him one of the division’s most productive players in a fairly unspectacular side.

Jesse Lingard (CAM) – Realistically, Jesse Lingard stood no chance of ousting Bruno Fernandes from the attacking midfield spot at Manchester United and had found himself behind the likes of Donny van de Beek and Juan Mata in the pecking order. So, he made a loan move to West Ham United in January.

Since then, the Englishman has looked completely rejuvenated, producing some of his best stuff. He has just earned his second successive Player of the Month nomination and has been recalled to the England national team for the first time in over a year-and-a-half.

There will have been many doubts over whether the Man City loanee could make the step up to the Premier League, but he has passed that test with flying colours. With six goals and five assists this season, Harrison has been a key part of Leeds’ comfortable survival campaign.

Charlie Austin (ST) – For the first half of the season, Queens Park Rangers were creating plenty of chances but had no one capable of consistently putting them away.

In came Charlie Austin from West Bromwich Albion, who had previously netted 48 goals for the Rs in a two-and-a-half-year spell from 2013 to 2015.

Six years on, the forward has looked as lethal as ever, netting six goals and helping the club steer well away from the relegation zone.