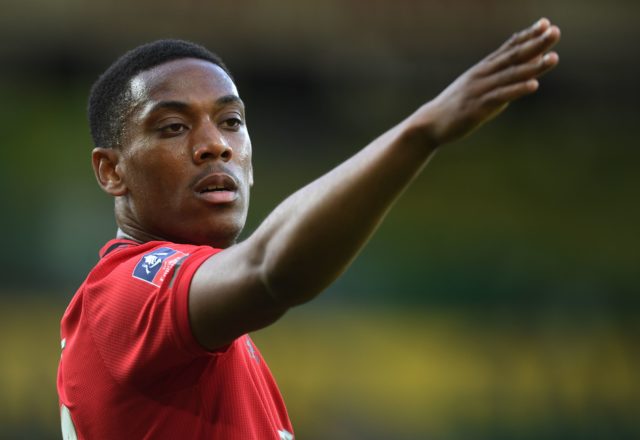 Manchester United will face Brighton in the Premier League clash on Tuesday evening.

The Red Devils are heading into the match with a 2-1 victory over Norwich City in the FA Cup during the weekend.

United are sixth in the table, five points behind fourth-placed Chelsea. With seven games left to play, they will be looking to close the gap and get into the top four.

Ole Gunnar Solskjaer made a wholesome change for the weekend’s FA Cup quarter-final against Norwich. However, he is expected to field a strong side against Brighton.

David de Gea is certain to return in goal in place of Sergio Romero. In defence Victor Lindelof should come into the side in place of Eric Bailly, and form the centre-back partnership with Harry Maguire.

Aaron Wan-Bissaka is also expected to return to the side.

Pogba started on the bench against Norwich but should return to the starting line-up. Nemanja Matic could also feature along with Bruno Fernandes.

Odion Ighalo scored against Norwich but he is likely to make way for Anthony Martial. The 24-year-old forward scored United’s first league hat-trick since 2013 last week.

Marcus Rashford and Daniel James are also expected to start in place of Juan Mata and Jesse Lingard.