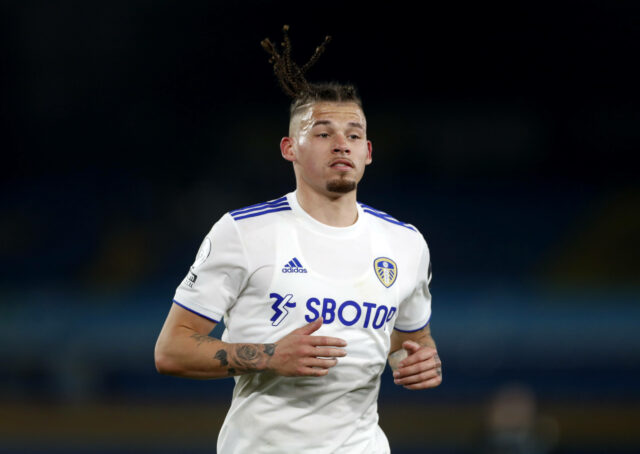 Leeds United will welcome Everton in front of fans at Elland Road on Saturday.

The Whites will be looking to bounce back to winning ways after suffering a humiliating 5-1 defeat against Manchester United at Old Trafford in their opening game last week.

Leeds made it way too easy for the Red Devils to dominate, especially in midfield, despite restoring parity after the break.

The one defeat will not make any difference to Leeds’ season, while it is also well-known that Marcelo Bielsa’s side will continue to play in the same way.

With Spanish defender Diego Llorente still not available, it’s time for Bielsa to ditch the plan of using Robin Koch in midfield.

Kalvin Phillips is set to return to the starting line-up, while Koch is expected to partner Liam Cooper at the back.

The return of Phillips will provide the extra defensive stability that Leeds lacked during their opening game against United.

Pascal Struijk will make way, but the Dutchman will get plenty of chances throughout the season.

The presence of Phillips, a deep-lying defensive midfielder, will give Mateusz Klich more freedom to express himself.

Rodrigo should get the nod over Tyler Roberts for the advanced midfield role.

Jack Harrison and Raphinha are expected to keep their positions, while Patrick Bamford will start as the lone striker.

Everton head into the game with loads of confidence after winning their season opener, and it should be a cracking contest.