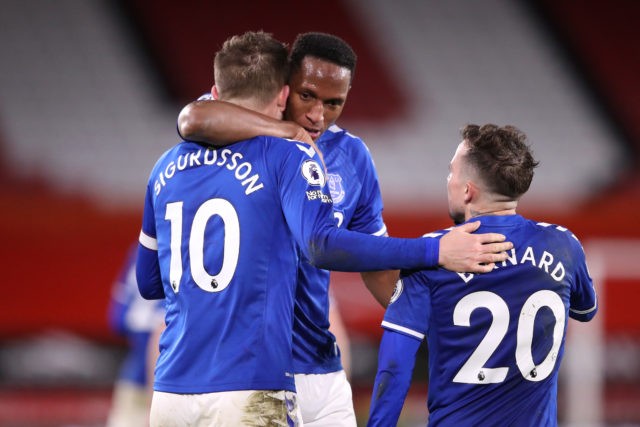 Everton will face Manchester City at Goodison Park on Monday night, and you can watch this and other Premier League games live online.

Carlo Ancelotti’s side are in excellent form having won four Premier League games in a row. They have defeated teams like Chelsea, Leicester and Arsenal, and it will be a huge achievement if they can get a positive result against Pep Guardiola’s side as well.

The Italian boss was not happy with the game schedule, as the Toffees had less than 48 hours of preparation ahead of this fixture.

Everton once again are missing several key players for this game.

According to reports from Sky Sports, Richarlison and James Rodriguez won’t be fit for this game.

The Brazilian missed the last game against Sheffield United on Boxing Day and he will sit out another game under concussion protocols after taking a blow to the head in the EFL Cup defeat against Manchester United.

Rodriguez is still struggling with a calf injury, and he will miss his sixth successive game.

Allan remains sidelined with a hamstring injury while Lucas Digne won’t be back before January.

It means Ancelotti has very few options to rotate his squad. However, he can bring back Bernard in place of Anthony Gordon for this game. The 28-year-old brings experience to the side, and he is likely to start on the left-wing.