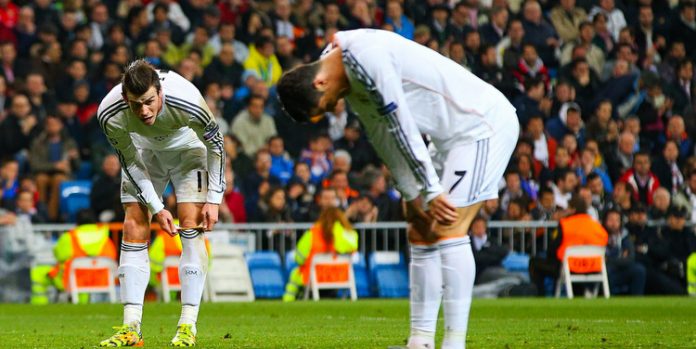 Real Madrid look to be in pretty good shape leading up the Champions League final on Saturday, with star duo Cristiano Ronaldo and Gareth Bale both declared fit to start against bitter cross-city rivals Atletico Madrid in Lisbon.

Ronaldo, top scorer in this year’s tournament, had been struggling with a thigh problem that kept him out of the last two Real matches, while Bale sat out training on Tuesday. Boss Carlo Ancelloti allayed Madrid fears however by announcing that the pair are both fit, and will both start the final tomorrow.

Real will surely give the striker as much time to recover as possible, and considering Atleti forward Diego Costa looks set to play a part in proceedings despite a grade one hamstring injury on the weekend, expect Benzema to at least be on the bench, if not starting.

Real will be without Xabi Alonso through suspension, and there are concerns about Portuguese defender Pepe’s fitness. The hot-headed centre-back has missed the last few weeks with a calf injury.

If he is not ready to play, Ancelotti confirmed that young defender Raphael Varane will start, while Asier Illarramendi, who was excellent during the win over Espanyol on the weekend, should start in the absence of Alonso.