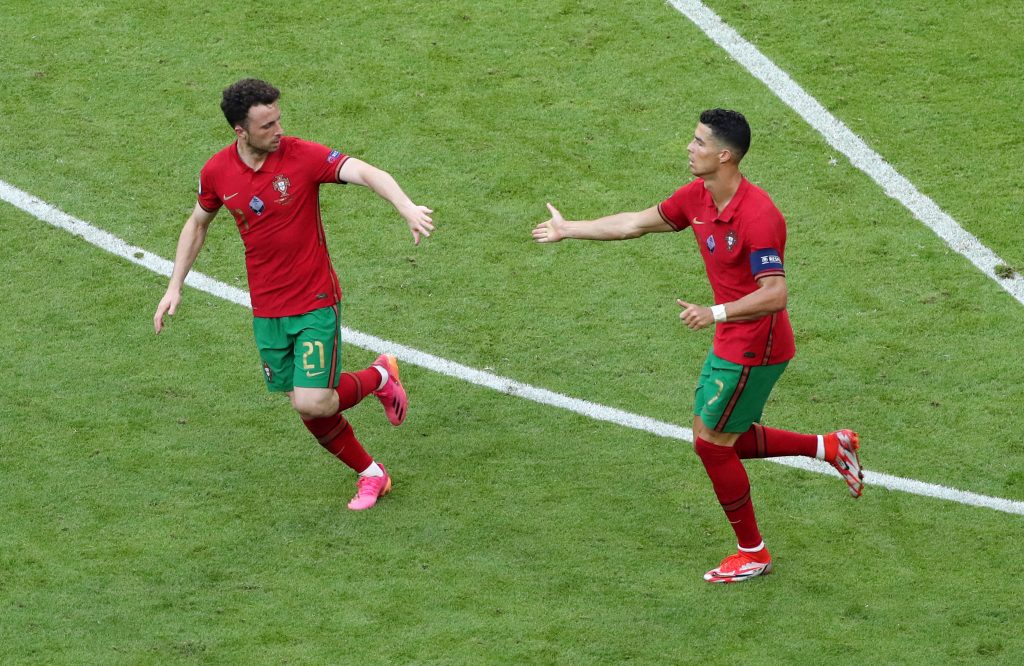 The Euro 2020 Group of Death is drawing to a close as Portugal and France meet in a mouth-watering clash at the Allianz Stadium on Wednesday.

Les Bleus have already claimed a place in the Euro 2020 knock-out stages despite scoring just one goal apiece across their opening two Group F matches.

While the outcome of this clash of titans won’t affect France’s chances of reaching the round of 16, a defeat would see Portugal bow out of the competition.

Portugal’s hopes of advancing to the Euro 2020 knock-outs have derailed on the back of a disturbing 4-2 defeat to Germany on Matchday 2.

Despite starting their title defence with a 3-0 thumping of Group F minnows Hungary, the Selecao could become the first reigning champions to exit the European Championship in the group stage since Greece in 2008.

However, they can draw confidence from going unbeaten in five consecutive ‘Matchday 3’ games across major tournaments (W2, D3).

Fernando Santos will need his standout performer Cristiano Ronaldo to be at his best now more than ever, with the Juventus superstar scoring in both Euro 2020 appearances so far.

His deadlock-breaker against Germany saw Cristiano become the most prolific European player at major tournaments with 19 goals combined across the World Cups and European Championships.

Despite remaining unbeaten in their opening two Group F matches (W1, D1), France have yet to showcase their full potential at Euro 2020 so far.

The reigning World Cup champions barely saved a point against a stubborn Hungary side at the Puskas Arena on Matchday 2 as Barcelona’s Antoine Griezmann fired Les Bleus to a hard-fought draw.

Didier Deschamps’ team benefited from Mats Hummels’ own goal in their Euro 2020 opener, attempting just one shot on target against Germany on Matchday 1.

However, France head into this encounter undefeated in their last 11 group stage matches at major tournaments (W7, D4), though each of their previous ‘Matchday 3’ games ended level.

On the bright side, France’s fighting spirit against Hungary saw them become the first team to avoid defeat in six European Championships fixtures when trailing at half-time (W4, D2).

The highly-rated Premier League duo Paul Pogba and N’Golo Kante have been instrumental to Deschamps’ tactical set-up at Euro 2020 so far.

Pogba and Kante have developed a unique on-field understanding, forming a backbone of Les Bleus’ surge to the knock-out stages.

But France will be desperate for their all-star attacking duo Karim Benzema and Kylian Mbappe to get off the mark following a pair of underwhelming Euro displays.

The Real Madrid striker has yet to trouble the scoresheet since returning to the national team after a six-year hiatus, while the VAR left the Paris Saint-Germain starlet fuming against Germany.

Given Portugal’s stature in the footballing world, it may come as some surprise that they have picked up just one victory in their last 13 meetings with France (D1, L11).

The solitary exception to that 13-game sequence was Portugal’s extra-time triumph in the Euro 2016 final.

A tight, keenly-contested showdown is well on the cards, with each of the last six encounters between these nations featuring a full-time margin of under 1.5 goals.

Though Portugal and France both boast some of the world’s fiercest forwards, their last four H2H matches have produced only three goals in total.