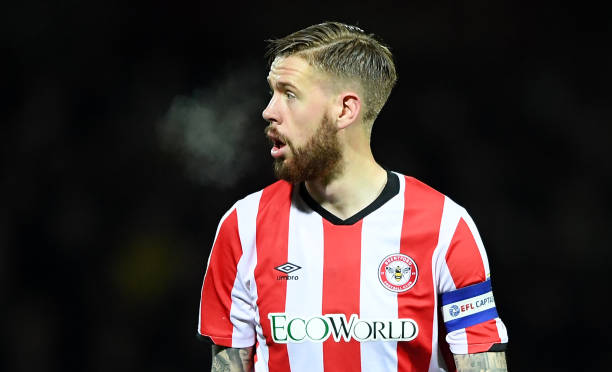 Leeds United will look to bounce back from back to back Championship defeats when they visit Brentford tomorrow.

Marcelo Bielsa’s men have won just one of their last six league games, losing four, and are now level on points with third-placed Fulham.

Only two points separate Leeds from fifth-placed Brentford, and former Elland Road favourite Pontus Jansson is hoping the Whites lose every game now so that his side can pass them in the table.

The Swedish centre-back fell out with Bielsa at Leeds last season and was allowed to join Brentford in the summer.

Jansson insists he still loves Leeds, though, and wants them to earn Premier League promotion, but tomorrow’s clash is all about helping his team to much-needed victory – one that would further deal a blow on the Whites’ ambitions.

“If I could choose the top two teams to go up, I’d choose us and them [Leeds], of course. I still have Leeds on my heart – that does not change just because I left,” the Sweden international told The Guardian.

“I will love Leeds until I die, and the same with Brentford. But I’d be lying if I said I don’t want Leeds to lose every game now, because I want us to pass them in the table.

“I still have a lot of friends in the team, I talk to the owner and some of the staff, so I want the best for them, but it is difficult when you are fighting against them for the top two spots.”

Jansson joined Leeds from Torino in 2016, and went on to make 120 appearances, including 44 last season after establishing himself as a key player for the Whites.

He made the Championship Team of the Year last season and has been brilliant for the Bees this term.

Brentford boast of the Championship’s best defensive record – 25 goals shipped in 31 games – and the former Leeds star has definitely played a huge role.