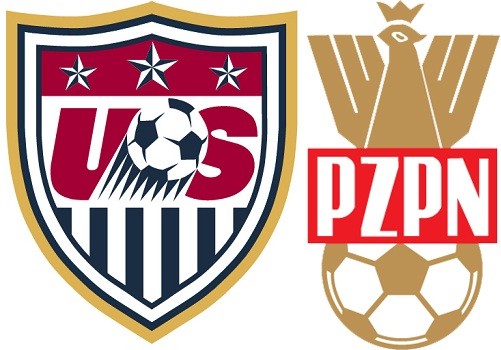 After USA somewhat established themselves as a football power in the 2010 World Cup, Poland will become their first experiment in order to test their new strategies after ridding themselves of the mistakes in South Africa.

United States coach Bob Bradley has named three new players in his 20-man squad to face Poland. Defender Eric Lichaj (Aston Villa) and midfielders Jermaine Jones (Schalke) and Brek Shea (FC Dallas). German-born Jones could make his senior debut in this game, while Jozy Altidore and Clint Dempsey are expected to team up for the form the strike force.

The US lost their first game after the World Cup to Brazil but unlike prior to that game, they will have most of the week in the lead-up to the Saturday night’s encounter.

The 21 year old Eric Lichaj has been on Bradley’s radar since last summer as he participated as a guest player ahead of a World Cup qualifier against Costa Rica. He can be used both at right and left back. If he is to be played, it will be a match played in his hometown against a team who belongs to the same nation as his parents and with whom he also holds a passport. He was announced to be called up by Poland for this game but he chose to represent the USA.

Polish coach Franciszek Smuda has called up Artur Jedrzejczyk and Jacek Kielb to replace the injured Grzegorz Wojtkowiak and Ireneusz Jelen. Since Poland is co-hosting the Euro 2012 with Ukraine, they have to qualification games to get their players get a feel of their coach’s strategy. Friendlies are the only way they can get some competitive football under their belt.

Ranked 48 places below US, Poles recently fell to Australia 2-1 in a friendly played in Krakow, Poland. Poland will be lead by the 34 year old veteran defender Michal Zewlakow and it will be his 100th cap if he is to be featured.

The two teams last played each other on March 26, 2008 at Poland’s home where USA emerged victorious 3-0.

You can watch Poland take on USA live online as well as hundreds of football games from around the world. Read our live football page for more details.