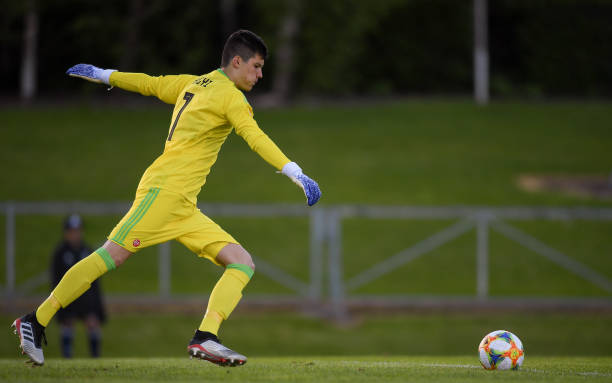 West Ham United are currently in Switzerland for their pre-season training, and manager Manuel Pellegrini will be running the rule over his squad for next season.

Some of the Hammers’ youth teams players are involved in the tour, and under-18 goalkeeper Krisztián Hegyi has been pictured with the squad.

Spotted: 16-year-old #WHUFC goalkeeper and "wonderkid" Krisztian Hegyi on the right here. Been with the first team in Switzerland for pre-season training. The Hammers saw off Inter, Man Utd & Barca for his signature in May that left keeper coach Xavi Valero "buzzing" pic.twitter.com/xZcNYVAl56

West Ham beat Barcelona, Inter Milan and Manchester United to the signature of the 16-year-old in May, and the highly-rated goalie will be hoping to impress the Chilean boss and goalkeeping coach Xavi Valero.

Hegyi was snapped up from Hungarian side Illes Akademia, otherwise known as Haladas under-17, and will be hoping to beat Daniel Jinadu and Serine Sanneh to the under-18’s starting berth.

The teenage sensation could become the second Hungarian to play for West Ham after goalkeeper Peter Kurucz who played only once – in 2009.

While Hegyi is expected to be with the Hammers’ under-18, he could fast-track his development with brilliant performances and soon start giving under-23 goalkeepers Joseph Anang and Nathan Trott a run for the money.