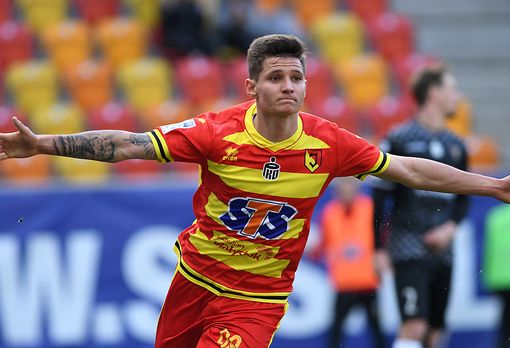 Celtic are close to signing Patryk Klimala in the January transfer window. It will be a record deal for his club Jagiellonia Białystok.

According to reports from Polish website Sportowefakty (h/t The Daily Record), the Bhoys will secure a deal for the 21-year-old forward worth £3.5 million. It will register as the biggest deal ever recorded by the Ekstraklasa side.

The exciting young striker has arrived in Glasgow ahead of his medical (scheduled on Monday) after Celtic activated his release clause. Here’s the picture (h/t Everything Celtic).

Patryk Klimala arriving at Glasgow Airport ahead of his medical tomorrow after Celtic activated his release clause.

The Poland U21 International is set to join Celtic from Jagiellonia Bialystok for £3.4M after interest from Copenhagen and Serie A. pic.twitter.com/S1vAd1Tsuj