New Manchester United signing Memphis Depay was in London on Wednesday to launch Under Armour’s news range of football boots.

Last week both Manchester United and PSV confirmed that a deal had been agreed for Depay between both the clubs.

The player posted a video celebrating the news on Instagram while we can see a photo of him landing from a private jet in London. 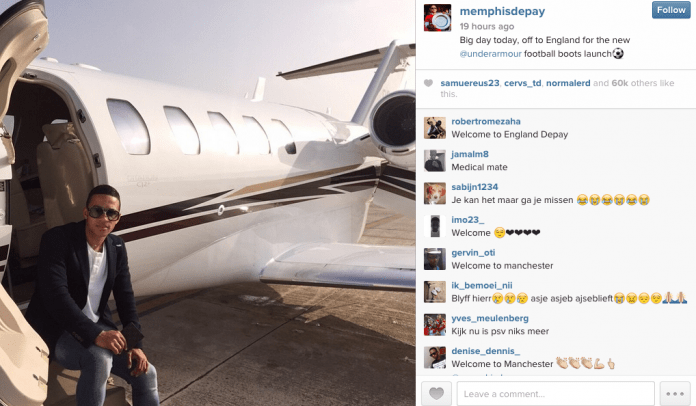 Depay revealed early this week that he rejected a big money offer from PSG to sign for Manchester United.

According to BBC, United are paying PSV €34m for Depay plus another €9m in bonuses.

Does this count as a medical? @MemphisDepay showing off his Under Armour garb. pic.twitter.com/G0hevumrp0