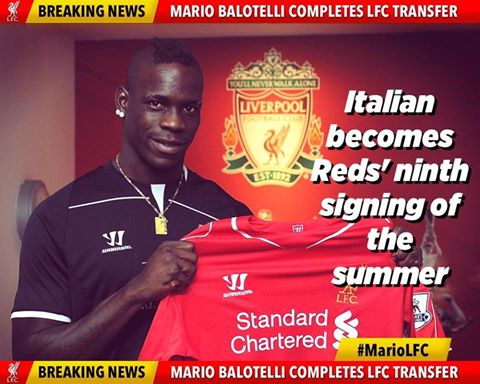 Liverpool have completed the signing of Italian striker Mario Balotelli from AC Milan as the 24 year old becomes the Reds’ ninth summer signing.

The controversial Italian genius expressed his delight on joining the Reds saying, “Balotelli said: “I’m very happy. We’ve been talking about coming here and now I’m happy to be here.” 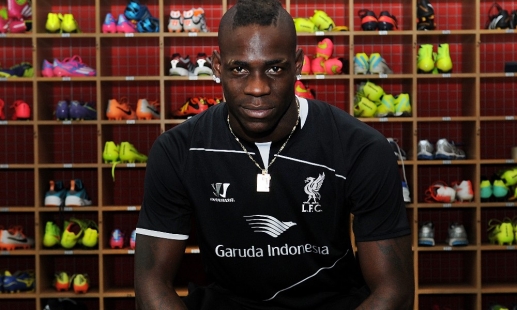 “Liverpool are one of the best teams here in England and the football is very good here. It’s a great team with young players, and that’s why I came here.”

Liverpool manager Brendan Rodgers too acknowledged Balotelli’s previous Premier League experience and hailed the player as a world class talent. “There is no doubting Mario’s ability; he is a world-class talent and someone who, for such a young age, has vast experience of playing at the very highest level.”

“He has scored goals in the Barclays Premier League, in Italy, in the Champions League and for his country at international level.”