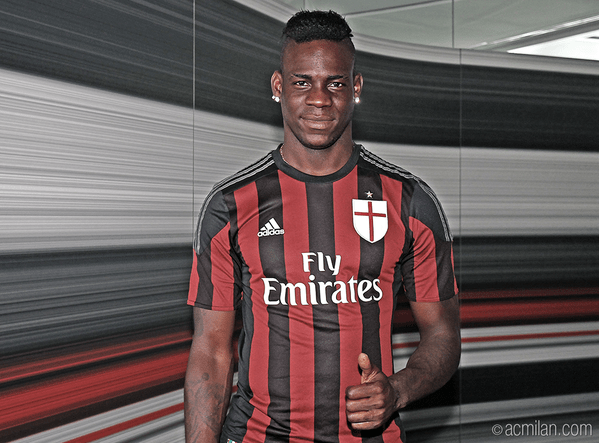 The Italian has returned to Milan for his second spell with the seven time, Champions League winners.

Liverpool have confirmed the deal as well.

#LFC can confirm that Mario Balotelli has agreed a season-long loan switch to @acmilan http://t.co/wc9q2DoRdF pic.twitter.com/OTkMoagc2P

The former Manchester City striker struggled to fit in at Liverpool and found himself outside the first team setup soon.

The Italian also fell out of favour with the manager who deployed Raheem Sterling as the striker for most of last season, despite the England teenager’s poor finishing.

Balotelli will now look to resurrect his stagnating career with a club where he has enjoyed great success in the past.

Liverpool meanwhile seem to be doing well with their 32 million pound signing, Christian Benteke, who has impressed in his first three matches for the Reds.

Although a section of Liverpool fans feel that Balotelli deserved more opportunities, it is perhaps best for all parties to call it a day.

Mario Balotelli has been a massive flop for Liverpool and the Reds will have to take a hit on the 16 million pounds they spent on the enigmatic forward.

It is believed that AC Milan will pay a loan fee of 1.5 million pounds. Furthermore, the Reds will also pay half of the Italian’s salary.

There is no option to buy, but there is little chance of seeing Balotelli back at Merseyside next summer.