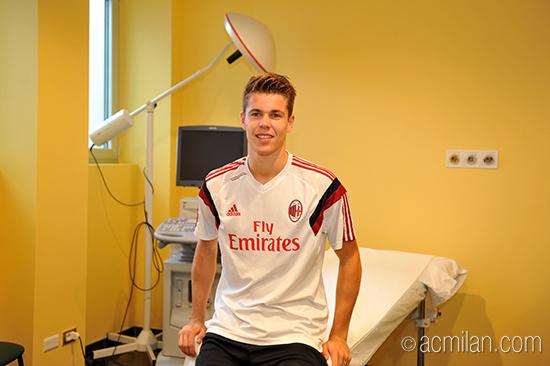 The Dutch international will spend the ongoing season with the Italian giants along with his Blues teammate Fernando Torres. The Spain international is also on loan at Milan on a two-year deal.

After completing his move to Milan, Van Ginkel expressed his delight to join the Italian side. The midfielder admitted that he spoke to his compatriot Nigel De Jong before joining the European giants from Chelsea.

“I am very happy. Milan is a great club where many Dutch players have played and some big names. I know Nigel De Jong from my experiences with the National team, I spoke to him about Milan and he said excellent things about the club,” Van Ginkel told Milan’s official website.

“I will see him soon. I am a midfielder that defends but I also know how to score goals. I play all across the park. I want to become an important member of the squad, I am a team player and I want to meet the coach.”

“Like I said before, I am happy to be here. I want to get game time and I think that I will have the chance to play at Milan in a great league against strong sides.”

“This is the objective for the season. I haven’t as yet spoken to coach Inzaghi but I have spoken to Fernando Torres this week. He’s a good lad,” he added.