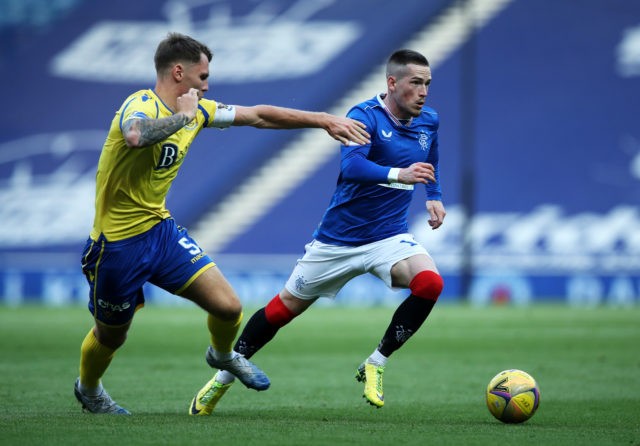 Leeds United have been linked with Liverpool midfielder Harry Wilson this summer, but it appears that they have moved on and are now looking to sign Udinese midfielder Rodrigo de Paul instead.

The Athletic’s David Ornstein recently reported that Whites head coach Marcelo Bielsa doesn’t see the Reds academy graduate as the right player for his style of play, and that rules out a move for him.

Leeds insider Phil Hay has now revealed that while director of football Victor Orta is always hugely keen on Wilson, Bielsa hasn’t sanctioned a move for him yet, and he prefers Rangers forward Ryan Kent instead.

“Leeds like De Paul but you’ll have noticed that since the name first emerged, they haven’t piled in to get a deal done. They’ve been holding off and likewise with Gvardiol. The money is there in the sense that the budget would stretch but in both cases it’s a judgement about whether the money is worth spending,” Hay wrote on The Athletic.

“De Paul will cost £35m unless Udinese lower their asking price. Gvardiol is £20m and he wouldn’t be first choice (although that could still be an excellent investment for the future).

“As for Harry Wilson, Orta is always hugely keen on him but Bielsa hasn’t sanctioned a move for him yet. I get the impression that Bielsa thinks more of Ryan Kent.”

As reported last month, Leeds believe that they are in a position to get a deal for Kent done this summer despite already seeing an opening offer of £10 million for the former Liverpool man rejected by the Ibrox outfit.

Rangers aren’t keen on letting him go as they need him to help them stop Celtic from winning another Scottish Premiership title this term, and it will take a huge offer to tempt them.

Leeds monitored Kent closely last year, but ended up with Arsenal’s Eddie Nketiah after deciding that an out-and-out striker was more in line with their needs than a versatile winger.

Nevertheless, Kent remains on Bielsa’s mind and his analysis of the winger has created a lasting interest.

The Argentine wants a versatile attacking midfielder capable of playing through the middle, and it’s why he wants the Rangers star.