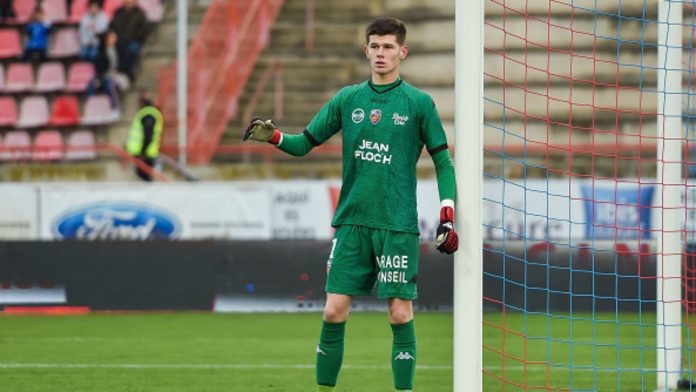 Leeds United have snapped up French goalkeeper Illan Meslier on a season-long loan from Lorient.

The 19-year-old will provide quality competition and cover for Kiko Casilla after Bailey Peacock-Farrell joined Burnley, and after keeping 11 clean sheets in 30 games for the Ligue 1 outfit last term, the France youth international looks like a good addition to the goalkeeping department.

Should he impress, the Elland Road outfit have an option to sign him permanently, but the club didn’t include that in their official announcement on their website.

Leeds expert Phil Hay was quick to point it out after Lorient included the details on their own website.

Wasn’t expecting Meslier’s deal to include an option to sign permanently but Lorient say it does:https://t.co/39nS9U6RUQ

The option is a huge boost for manager Marcelo Bielsa’s side, and it will be interesting to see how Meslier fares this term.

Barring injuries and suspensions, Casilla is expected to be in goal for all of Leeds Championship games this season, but the Frenchman should get the chance to impress during Cup games.

The teenager definitely did enough to convince Bielsa to approve his move as opposed to bringing in a more experienced figure, and he could end up being Casilla’s long-term successor should he do enough to earn a permanent move.