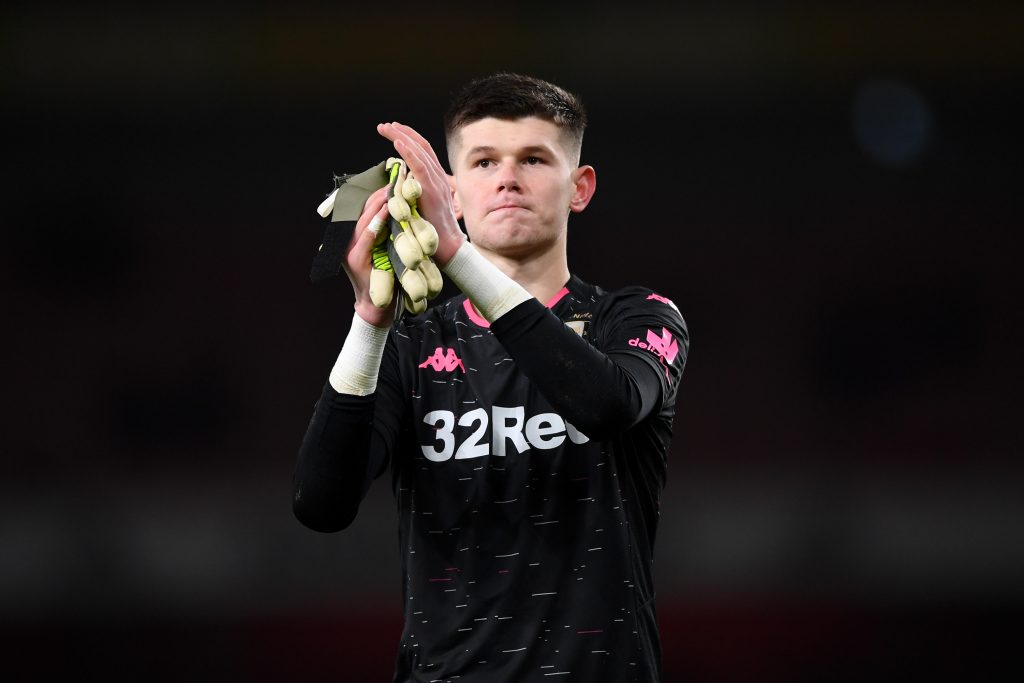 According to The Athletic’s Phil Hay, Leeds United have sealed a £5 million move to sign goalkeeper Illan Meslier from Lorient permanently on a three-year contract, and the deal is set to be sealed today.

Meslier from Lorient to Leeds on a permanent will be done today. Three year deal. Fee in the region of £5m. #lufc

The 20-year-old arrived at Elland Road on a season-long loan last summer and he featured in 10 Championship games as Leeds secured promotion to the Premier League following a 16-year wait.

Kiko Casilla was first-choice goalkeeper for the majority of the campaign, but the Spaniard was handed an eight-game ban by the F.A in February for allegedly racially abusing Charlton Athletic forward Jonathan Leko last September, and that gave Meslier the chance to play for Marcelo Bielsa’s side.

The youngster grabbed the opportunity with both hands despite just an F.A Cup appearance to his name prior to then, and he was crucial to Leeds’ promotion following some top performances.

The France youth international made 30 appearances in all competitions for Ligue 2 side Lorient last term, keeping 11 clean sheets, and it was enough to convince Bielsa to bring him in as a back-up goalie.

It remains to be seen if the Argentine will keep faith in Meslier in the Premier League, but he has proven that he has what it takes to be in goal for Leeds and he definitely has the quality to play in the English top-flight.

He conceded just four times and kept seven clean sheets in the 10 Championship games he played for Leeds and will be eager to prove himself in the Premier League next term.