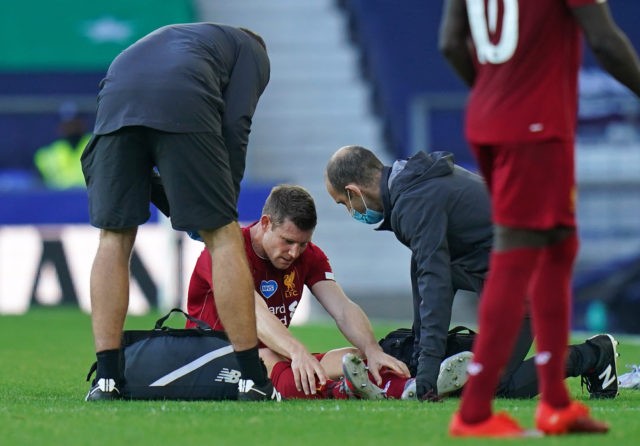 Last year, Liverpool midfielder James Milner claimed that he would really love to play for his former club Leeds United once again.

Since then, the 34-year-old has been linked with a move to Elland Road, with former player and pundit Noel Whelan having expressed his desire to see Milner returning to Yorkshire.

However, according to Phil Hay of The Athletic, Leeds United are not interested in signing the versatile Premier League winner.

Hay claims that the rumour keeps on resurfacing because of his past allegiance with Leeds, but financially it would be an extremely expensive signing for the Whites.

Moreover, Milner has said recently that it would feel strange to be playing against Leeds next season, so it suggests that he is not thinking of a move just yet.

Hay wrote for The Athletic: “it’s been rumoured constantly but I’m not convinced and no-one at Leeds has mentioned him to me as a target. Financially it would be extremely expensive and as best I can see, Milner is still very much involved in Anfield. He was quoted recently as saying that it would feel strange to be playing against Leeds next season – so that probably answers your question.”

The former Manchester City player is a key member of Jurgen Klopp’s side. He has made 20 Premier League appearances this season, scoring two goals and providing two assists.

Along with Jordan Henderson, he is a leader in the dressing room, and Klopp has nothing but admiration for him. He is so vital for Liverpool, and there’s no way he would leave Anfield this summer.

Milner is on £140k-per-week wages at Liverpool, and Leeds cannot afford to pay that amount to him, even if they achieve Premier League status next season.