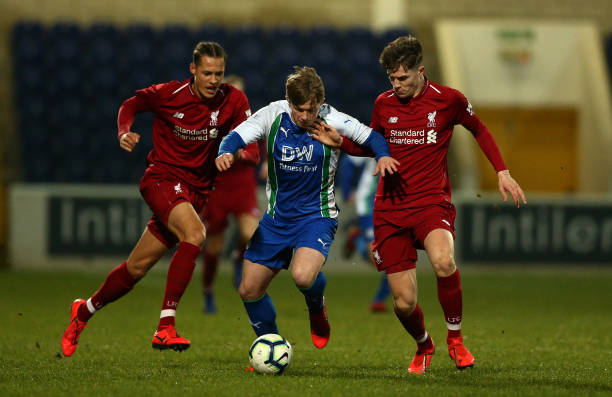 Leeds United are in advanced negotiations with Wigan Athletic over a £1 million deal for teenage striker Joe Gelhardt, and the youngster is expected to seal a move to Elland Road in the coming days.

Going into administration has dealt a massive blow on the Latics’ finances, and they are being forced to sell players as they look to generate funds to pay wages owed to the first-team squad for July.

It has given Leeds the chance to land Gelhardt, who was earlier valued £5 million on a cheap, and that hasn’t sit well with Peterborough United owner Darragh MacAnthony.

The chairman of the League One side reacted thus to the news a few days ago:

This justifies my advocation for an EFL 'Football Person' to be placed at clubs in admin so that assets aren't snapped up for below market value. This kid is worth more imo & fair play to Leeds getting this deal. But to cheap imo if true. Another easy issue to fix quickly imo. https://t.co/WsYGsf0q3H

Leeds fans aren’t particularly pleased with his comments but he has taken to Twitter again to further clear things up:

Absolutely no way should Leeds pay over odds & absolutely superb business. Wasn't my point. Some Leeds fans took it as a dig. It wasnt. It was a point I was making about clubs in admin needing diff solution from EFL. If posh were in prem, we'd have done the same. Truth! https://t.co/4Vk7JLzad6

Marcelo Bielsa’s side saw off competition from Tottenham Hotspur, Liverpool, Everton and Celtic for the signature of Gelhardt, and the deal is an absolute steal given the youngster’s huge potential and talents.

The England youth international started twice for Wigan in the 2019-20 Championship campaign, coming off the bench 16 times and scoring his only senior goal against Hull City back in September.

Gelhardt has scored an impressive 19 goals in 27 appearances for England across various youth levels, and has been widely tipped to become one of the best finishers in the game going forward.

He will get better under the guidance of Leeds head coach Bielsa and it will be interesting to see if he can start challenging Patrick Bamford anytime soon.