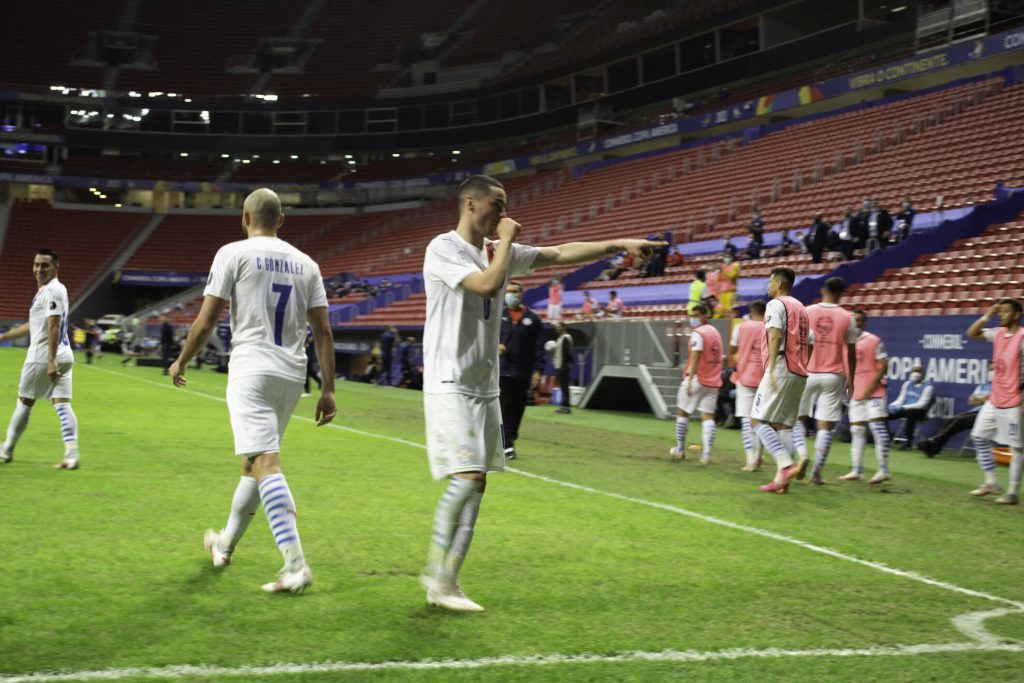 Peru and Paraguay will battle it out for a place in the Copa America 2021 semi-finals at the Estadio Olimpico Pedro Ludovico on Friday.

After assembling a three-match unbeaten run, the Peruvians are confident of reaching the final following a 3-1 loss to Brazil at the Copa America 2019.

Paraguay’s last Copa America triumph dates back to 1979, though their indifferent form suggests they are unlikely to replicate that feat this time around.

Since suffering a 4-0 demolition to Brazil on Matchday 1, the Peruvians have gone unbeaten in three Copa America 2021 fixtures (W2, D1) to finish as Group B runners-up and reach the knockout stage for the tenth tournament in a row.

Despite registering each of their last four strikes beyond the half-time, none of Peru’s previous three international fixtures saw a goal scored after the 65-minute mark.

Ricardo Gareca’s men go into this meeting in the midst of a rough patch, having lost seven of their last 13 matches, though each of those defeats arrived against FIFA’s top-20 teams.

Al-Hilal winger Andre Carrillo will require special attention after scoring in his last two Copa America outings, including a second-half winner against Venezuela in the final group stage game.

Four of his last five goals for the national team have come beyond half-time, including a second-half brace against Paraguay in October 2020.

Paraguay have reached the Copa America knockout stage for the second time in a row despite blowing hot and cold in the group phase.

The Paraguayans alternated between winning and losing across their four Group A fixtures (W2, L2) to finish third in the section behind the likes of Argentina and Uruguay.

Except for a 3-1 comeback victory over Bolivia in their tournament curtain-raiser, each of Paraguay’s remaining three Copa America games saw the victor keep a clean sheet.

A narrow 1-0 loss to Uruguay on Matchday 4 means ‘Los Guaranies’ have put together seven consecutive Copa America matches without conceding more than once.

Interestingly, each of Paraguay’s last three Copa America quarter-final appearances went to penalties, with the Paraguayans running out victorious twice in that period.

Newcastle United’s Miguel Almiron converted a spot-kick and delivered an assist in a 2-0 win over Chile on Matchday 3, which remains his solitary goal contributions at the tournament so far.

Meanwhile, West Ham United defender Fabian Balbuena has yet to register a single minute at the Copa America 2021.

By contrast, their recent H2H record indicates Paraguay’s triumph is anything but a foregone conclusion, with Peru racking up six consecutive H2H wins before a 2-2 draw last time out.

Additionally, the Paraguayans have drawn a blank in four of their last six matches against La Blanquirroja, friendlies included.