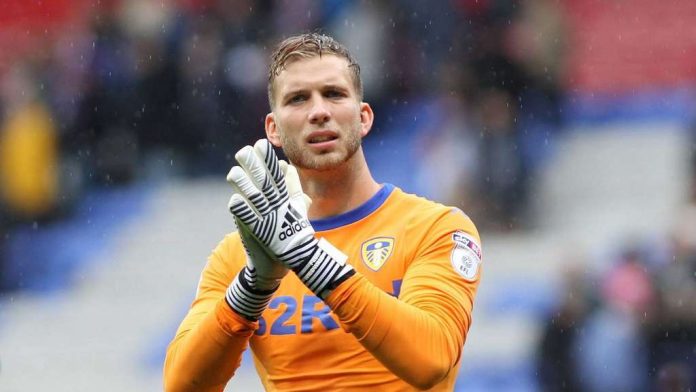 Former Leeds United star Paul Robinson has urged the club to get rid of Felix Wiedwald.

The 27-year-old joined the Championship outfit from Werder Bremen last summer but he has failed to establish himself as the club’s number one keeper so far.

The German is has been quite error prone this season and it was evident against Bristol City on Sunday evening. The fans will be frustrated with the situation as well and they will certainly back up Robinson’s comments (via HITC).

Wiedwald failed to deal with Bristol’s long throw and that resulted in the opening goal. Furthermore, he decided to stay on his line for another throw which led to the second goal. Clearly, the German should have been pro-active in those situations.

Earlier in the season, Andy Lonergan managed to force his way into Christiansen’s first team plans because of Wiedwald’s poor displays. It will be interesting to see how Paul Heckingbottom deals with this situation now.

The German, who was signed by Victor Orta last summer, needs to improve a lot in order to hold on to a first-team place next season.

The former England international said (via HITC): “I think they need another goalkeeper, to be brutally honest. I’ve seen him a couple of times this season and he hasn’t filled me with confidence. It spreads through the team when you come out of your goal and make errors like that, your defenders are waiting for you and wondering what you’re going to do next; a settled goalkeeper and a settled back four is very, very important. He was taken out of the team for a while, Andy Lonergan came in, he’s been put back in the team and made an awful mistake a few weeks ago at QPR, and he’s done the same again. He didn’t look confident and doesn’t look the whole package. He’s played international football for Germany at Under-20 level, he’s 27 years old now, he should be more developed as a goalkeeper, and I think that’s an area that Leeds, in the future, are going to have to strengthen”.