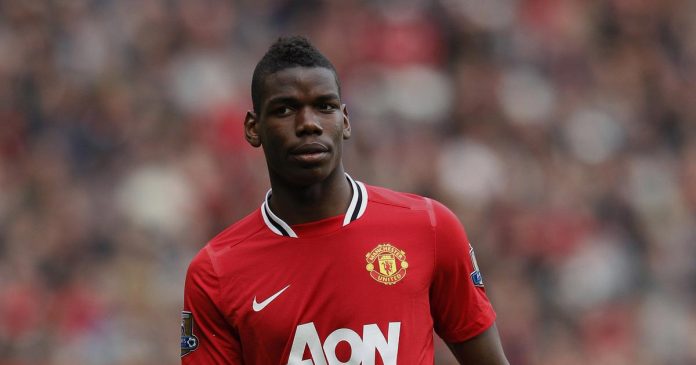 Manchester United captain Wayne Rooney has insisted that he is ‘looking forward’ for the proposed return of French midfielder Paul Pogba.

Pogba left Man Utd in 2012 on a free transfer after growing frustrated over lack of first team action. However, the Juventus star now appears to be on the verge of moving back to Old Trafford this summer for a record breaking £100 million transfer fee.

Since his move to Italy four years ago, the dynamic midfielder has won four Serie A titles and two Coppa Italia trophies and English striker Wayne Rooney has urged Man Utd to make a ‘big statement’ by re-signing the 23-year-old.

In an interview with the Dailymail, Rooney said: “He was one of those players who, when you trained against him, somehow he would just hurt you. A knee in your side, bump into you, I don’t think he meant to do it, but it just happened.

“You didn’t even need to get into a tackle. Just go next to him and you’d find an elbow or some other sharp bit. So, if he comes, I’m looking forward to that again! But he had great ability, some of the things he could do, and he’s gone up a level since he left us.

“I hope he is going to want to return to United and prove he’s a top-class player. If he is excited to play for us, we’ll be excited to have him back. I’m sure he’ll feel there is unfinished business, and it would be a very big statement by the club if they can make it happen.”
Meanwhile Rooney, who is just five goals shy of becoming Man Utd’s all-time leading goal-scorer, has revealed that he intends to play for at least another two years on the international stage.
“I’ll carry on until the World Cup in 2018 and then I might have a decision to make. But for the next two years, captain or not captain, I’ll turn up and be available to play if I am wanted,” Rooney added.
Tags
England English Premier League Football Interviews Juventus Manchester United Transfer News & Rumours