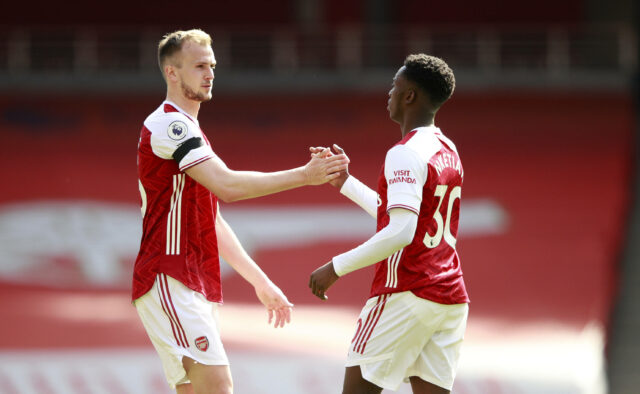 According to The Sun, the new Eagles boss would love to sign Eddie Nketiah from Arsenal.

The exciting young striker could be on the move this summer, and Crystal Palace are one of the clubs vying for his signature.

The 22-year-old will soon enter the final 12 months of his contract at the Emirates Stadium, and he is available for £20 million.

Nketiah made just four Premier League starts for the Gunners last season, and he is yet to sign a new contract at the club.

The youngster is at that phase of his career where he may look for opportunities elsewhere to play regularly.

He has tried to become the first choice for the Gunners, but with only a handful of games under his belt, the youngster could feel the time is right for him to move elsewhere.

It will be interesting to see whether Palace will be willing to pay that amount, considering he has only a year left to run on his contract at the Emirates.

A move to Selhurst Park would be perfect for Nketiah. He has shown flashes of brilliance, and all he needs is regular opportunities to further his growth.

He has plenty of room for improvement, and Palace would be an ideal club for him.

The Eagles will allow Nketiah to establish himself as a first-choice in the Premier League, and the move makes sense for all parties involved.