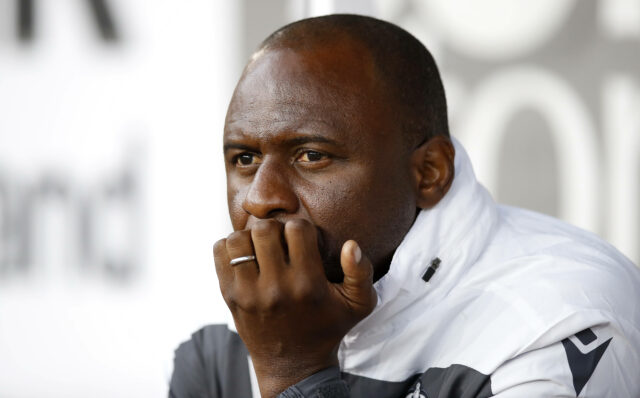 Crystal Palace finally expect to confirm their next manager within the next few days.

The Eagles are without a manager after Roy Hodgson stepped down at the end of last season.

They had been heavily linked with a host of managers, including Nuno Espirito Santo, but they have failed to lure the right candidate.

According to Sky Sports, Arsenal legend Patrick Vieira has agreed to become their new manager.

The Athletic also say that an agreement has been reached in principle with the former Arsenal midfielder.

No deal has been signed yet, but Palace have received encouragement from Vieira. Terms have been agreed, and the club expect the deal to go through.

Palace were hoping to appoint Lucien Favre, but the ex-Borussia Dortmund manager opted not to move to Selhurst Park in a dramatic late U-turn.

Vieira is a surprise name to come up, as he was not in the frame for the job over the past few months.

He last managed Ligue 1 club Nice, where he was sacked within December after a poor run of five defeats in a row.

The former Arsenal midfielder, who won three Premier Leagues and four FA Cups with the Gunners, previously coached at Manchester City before spending two-and-a-half years in the United States in charge of MLS side New York City.

The Eagles are insistent on a manager being in place by next Monday when the players return to pre-season training.