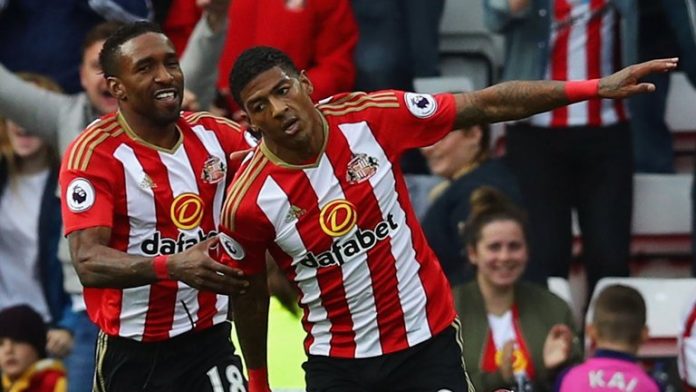 Dutch defender, Patrick van Aanholt, is close to joining Crystal Palace in the January transfer window. Sunderland have confirmed that the player has been given permission to hold talks with Palace over a potential move, after a bid, thought to be in the region of £14m, has been accepted.

Crystal Palace manager, Sam Allardyce, has confirmed that the player is undergoing a medical on Friday. It is only a matter of time now before Aanholt is unveiled as the new player for Palace. Now comes the big question: how important is this signing for Palace?

Allan Pardew’s sacking three days before Christmas didn’t come as a big surprise. With only four wins in 17 games, the club was stuck in a rut under Pardew. A change was needed. The appointment of Allardyce looked a smart one, given that Big Sam has a proven track record of taking clubs to safety from the drop zone. However, very little has changed at Palace since his appointment. Five games in, they have conceded nine goals and are reeling in the relegation zone, just one point off rock bottom Sunderland.

Nobody has any clue where the next three points will come from. The fixture list hasn’t been too kind either. The next three matches are: home to Manchester City and two away games – first at Bournemouth, followed by a potential massive six pointer clash against Sunderland. While a defeat to City will only intensify the pressure, Palace would be in real danger if they fail to get positive results against the bottom half teams.

Allardyce felt the need of bolstering the squad, especially in defence. Only Hull City have conceded more goals than the Eagles away from home. But why van Aanholt? If the popular opinion is taken into account, the Dutch defender is good at all other things except defending. He is a terrific player going forward, but regular followers can tell that he is far from being a competent defender. He is fast, makes good interceptions, good at clearing balls away, and makes timely tackles, but there are other key areas of his game that need major improvement. Too many times he has been caught ball-watching or out of position. His inability to close down his attacker in dangerous areas properly shows his incompetency in defending. Aanholt’s lackadaisical approach doesn’t make him the type of defender who can exude confidence at the back.

A reunion with Allardyce, however, makes a lot of sense, as van Aanholt played his best football on Wearside under him. The former Chelsea player excelled in the system that had Jan Kirchhoff and Yann M’Vila patrolling the defensive midfield. They shielded the area around him, and adding to it the tireless defensive shifts of Wahbi Khazri, van Aanholt’s life was made easier. He was one of Sunderland’s most important offensive players, having contributed seven goals and further nine assists from the left-back position.

Palace need points on the table. They not only need to stop conceding silly goals, but also score at the other end. With Aanholt in the side, both extremes are possible. At one moment, he can whip in a dangerous delivery that can result in a goal, and at the very next moment he can be directly responsible for making a stupid error at the back.