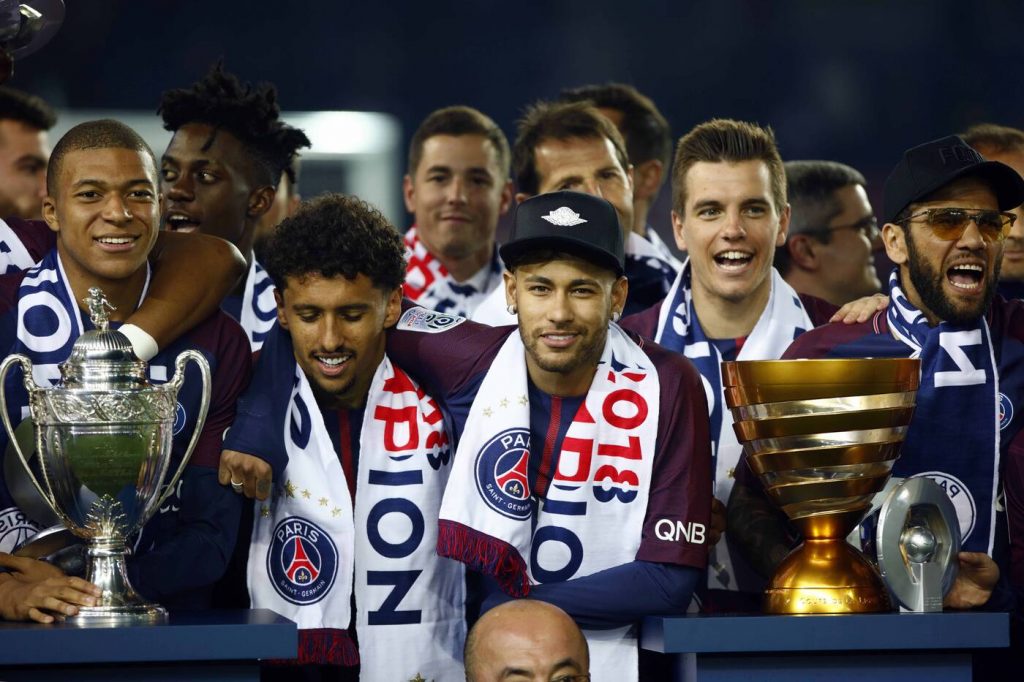 With the Ligue 1 campaign drawing to a close, there’s a real chance that the French giants – Paris Saint-Germain – may not end the domestic season as title winners for the first time since 2016/17.

A Monaco side including Kylian Mbappé, Bernardo Silva and Radamel Falcao topped the Ligue 1 table on that occasion, and now – along with both Lille and Lyon – there is a title race to be had over in France.

PSG have dominated since being taken over in 2011, claiming top spot in seven of the last eight seasons. However, they have work to do if they are to earn a fourth consecutive Ligue 1 crown.

HOW DOES IT STAND NOW?

With four games left of the season, four sides could still realistically win the Ligue 1 title, which makes watching Ligue 1 games live more exciting at this stage of the season.

Lille – who finished fourth in the division last campaign – are currently topping the table with 73 points and have had a great season up until this point, including two positive results against PSG, the latest a 1-0 victory at the Parc des Princes earlier this month.

That result is just one of four league defeats (to date) for Mauricio Pochettino since taking over at PSG at the turn of the calendar year, and it is they who sit second in the Ligue 1 table as things stand on 72 points, just one behind leaders Lille. 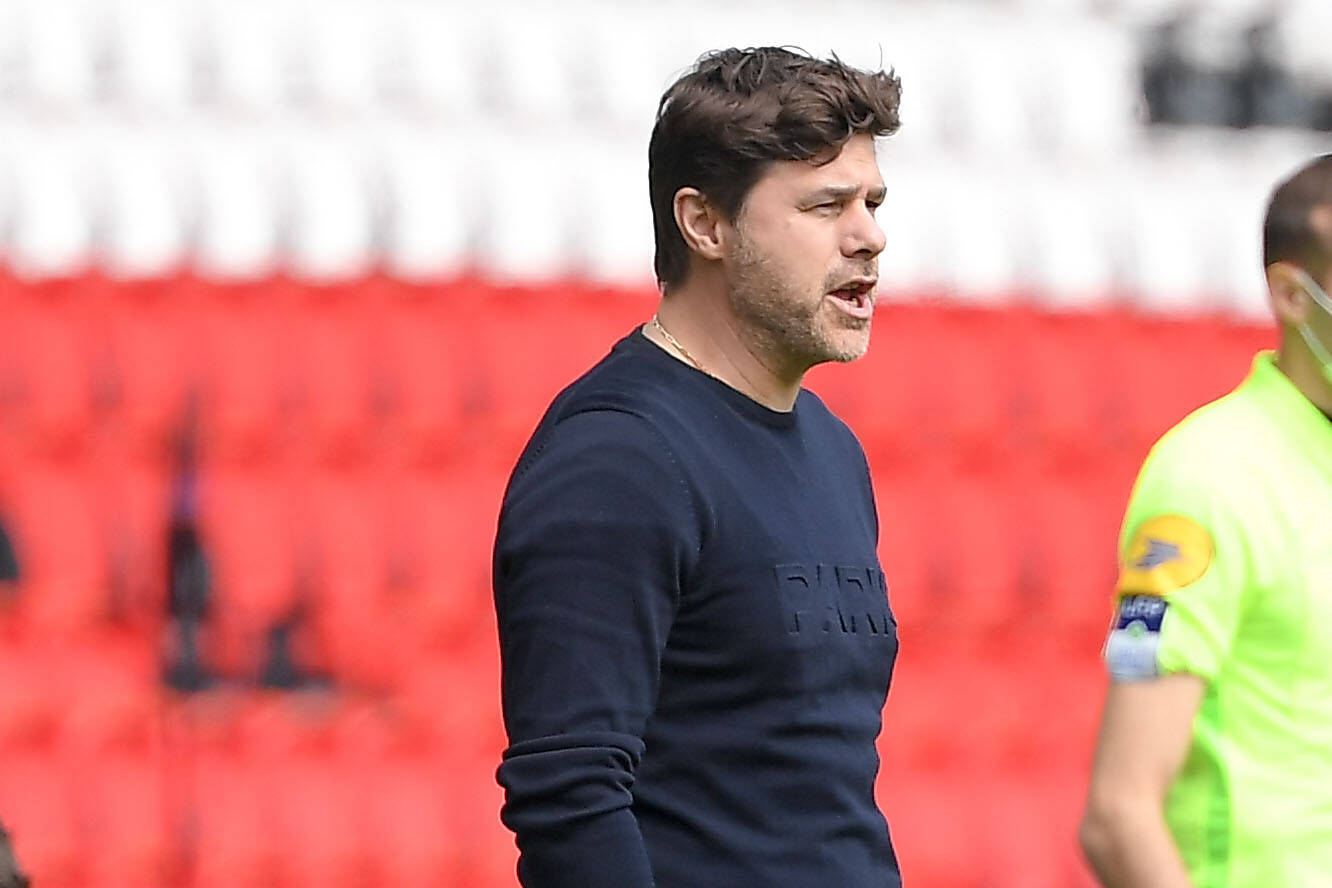 It’s just as tight between second and third too. Monaco – currently third – are another point off the top on 71. They will be looking for at least a top-two finish for the first time since the 2017/18 season and are led by former Bayern Munich boss Niko Kovač.

Meanwhile, the outsiders – Lyon – sit fourth at the moment and are a bit further back than the others, sitting on 67 points, so are left chasing the pack and needing everything to go their way if silverware is to be won this season.

Lille – contrastingly to the two sides directly below them – only have the league to concentrate on and face sides who may, on paper, be favourable fixtures.

Their most difficult test is likely to be Lens, who occupy the fifth spot in the league at the time of writing, and could coincidentally end up having a huge impact upon the title race despite not being in it themselves as they face all of the current top three.

The first of those three games comes when Lens welcome PSG this coming Saturday – May 1. Again, likely to be PSG’s toughest league game remaining, but the Parisians might have their minds drifting elsewhere before the domestic season comes to an end as they are still fighting on three fronts.

A two-legged Champions League semi-final tie with Pep Guardiola’s Manchester City awaits for Pochettino’s men as well as at the very least a semi-final in the Coupe de France, a competition in which they have been drawn against Montpellier in the last four.

That game takes place in a few weeks and, if things go to plan, PSG could face fellow title contenders Monaco in the final.

Monaco are strong favourites to win their semi-final tie in which they will face a fourth division – Championnat National 2 – side in GFA Rumilly Vallières. Before that, they will have to put full focus on a clash with Lyon this coming weekend. 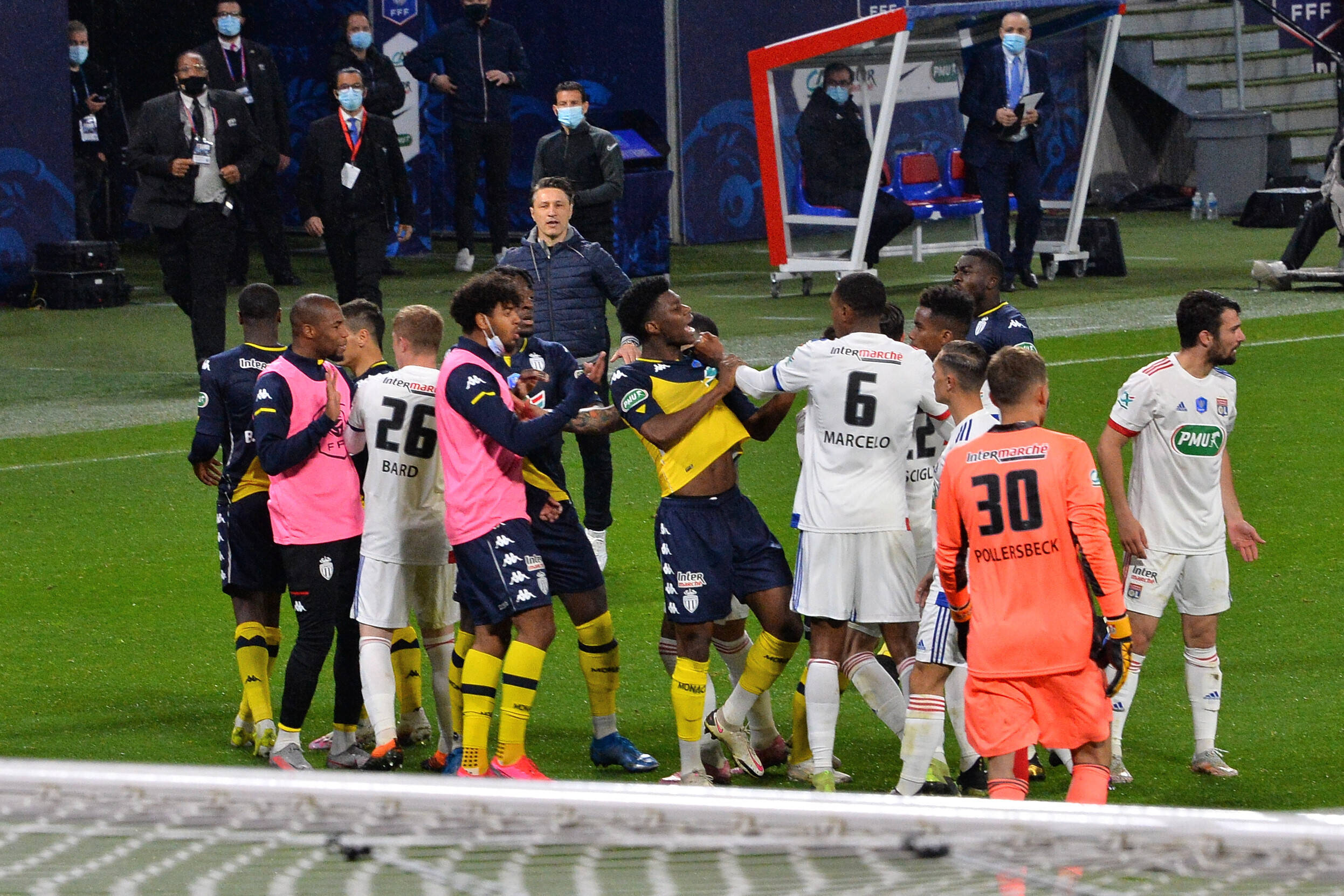 If Lyon can claim a victory in that game, they might then be in with a shout of being real dark horses as they – on reflection – probably have the ‘easiest’ run-in of all four potential title winners.

Games against Lorient and Nîmes Olympique, who are both battling relegation – follow before a final day battle with OGC Nice.

The remaining games for all four sides can be found below.

WHO’S GOING TO GO ALL THE WAY?

It’s hard not to believe PSG will retain their crown as French champions given their dominance in recent years, but there’s definitely a real opportunity for that to be the case when the final curtain is drawn on this campaign.

Pochettino’s side have more games than any other side in the title race, even if they exit both of the other competitions, and that could well be their downfall.

The likelihood is that Monaco will make the final of the Coupe de France, but the impact of that on their league season is a case of wait and see.

If you ask most neutrals who they’d like to see as title winners, the most common answer would probably be Lille and ‘Les Dogues’ have as good a chance as ever.

Inexperience may shine through, but the club have been here before and have claimed three league titles previously, with the latest of those coming in 2010/11.