There will be a distinctly Latin flavour to the fourth and final of the World Cup quarter-final match-ups, as reigning European champions Spain will battle it out with Paraguay in a clash loaded with some fairly irrelevant historic significance (the conquistadors and all that), although now is not the time or place to go into it. I’m sure Peter Drury will tell you all about it.

The South Americans have endured a slightly hit-and-miss group campaign so far, looking hardy and honest in their opening game draw with Italy, dynamic and incisive against Slovakia (winning 2-0 thanks to goals from Enrique Vera and Christian Riveros) and yet also managing the exact opposite during a turgid stalemate with New Zealand – as a result, it’s fairly difficult to pinpoint the ‘real’ Paraguay.

It was the point they garnered from their draw with the Kiwis that saw Gerardo Martino‘s side finish up on top of Group F, beating Slovakia into second spot and thus securing a second round fixture with a Japan side that had burst into life with a 3-1 win over Denmark in their final group game.

With both sides having shown glimpses of potential in the initial rounds, it was hoped that Paraguay vs Japan (one of the weaker of the second-round ties) would turn out to be an unexpected treat – but sadly it proved not so.

What followed were 120 minutes of some of the most wretchedly uninspired football I, as well as many others, have ever borne witness to.

With the two teams unwilling to gamble, penalties seemed a formality from as early as the first-half and – after two hours of moribund torture – they were duly (and mercifully) forthcoming. 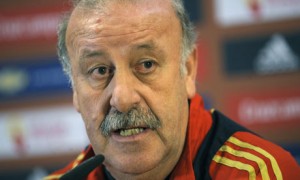 Spain also suffered their fair share of setbacks during the group stages (not least an opening game defeat at the hands of the unfancied Swiss) but their inherent class shone through eventually.

Although appearing to tread water during most of their Group H exertions, Vicente Del Bosque‘s men showed some real touches of quality throughout – with striker David Villa, in particular, continuing to do what he does best, i.e. crash home world-class goal after world-class goal.

Spain did the minimum amount required to ensure that they finished top of the tree and, as group winners, advanced to meet bitter Iberian rivals Portugal (who had ended Group G in second spot) in the last 16.

The game had a ‘showpiece’ billing and didn’t disappoint.

Unsurprisingly Spain monopolised the possession, but Portugal created most of the best goal-scoring chances – crucially failing to capitalise on the numerous opportunities that came their way.

A single goal from Villa (his fourth of the tournament) was the deceptively meagre difference between the two teams, but the game was much more exciting than the scoreline suggested. 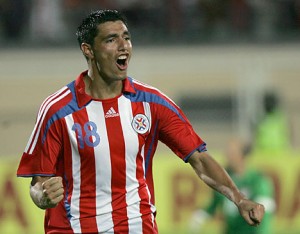 Although no injuries have been reported, it is thought that Paraguay coach Martino may sacrifice Roque Santa Cruz in order to team the in-form Cardozo with Lucas Barrios and Nelson Valdez in a tri-pronged attack.

Libertad scrapper Victor Caceres is likely to return to the midfield after being forced to miss the shoot-out victory over Japan through suspension, with Carlos Bonet making way.

Claudio Morel (a midfielder by trade) was deployed at right-back for the game against Japan, but Martino may decide to recall captain Deniz Caniza (a natural full-back) in a bid to deal with the threat of David Villa – who is likely to be stationed on the left-wing for Spain.

Del Bosque may have to replace Xabi Alonso in the centre of his midfield as the Real Madrid man has suffered a flare up of the ankle injury he sustained against Chile. Sergio Busquets may also make way after failing to impress, with Javi Martinez and ‘Cesc Fabregas deputising.

The very obviously unfit Fernando Torres is also liable to be removed from the first string, with Athletic Bilbao’s Fernando Llorente coming in to take the Liverpool striker’s place. 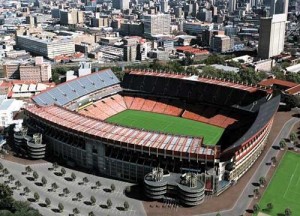 We can expect another rigid performance from Paraguay who are, once again, bidding to rewrite the record books by passing into the semi-finals of a World Cup for the first time in their history. As a result, the impetus will be Spain’s to provide the attacking threat.

However, with so many players milling around the edge of the opposing box, La Furia Roja are always vulnerable to a well-drilled counter attack (as Portugal found out) and Paraguay stand as good a chance as anybody of nicking a goal on the break.

Every fibre of my body is telling me to back Spain unreservedly, but there is something about this current Paraguayan side, a gritty resistance, that leads me to believe we may have a potential upset on our hands with this one.

Spain is the definite favorites but if Paraguay can somehow upset >La Furia Roja, like Switzerland did, you can get 8.25 with the punters. Click here to bet on this and other World Cup games.

You can watch Paraguay take on Spain live online as well as all other World Cup matches, plus hundreds of football games from around the world. Read our live World Cup football page for more details.