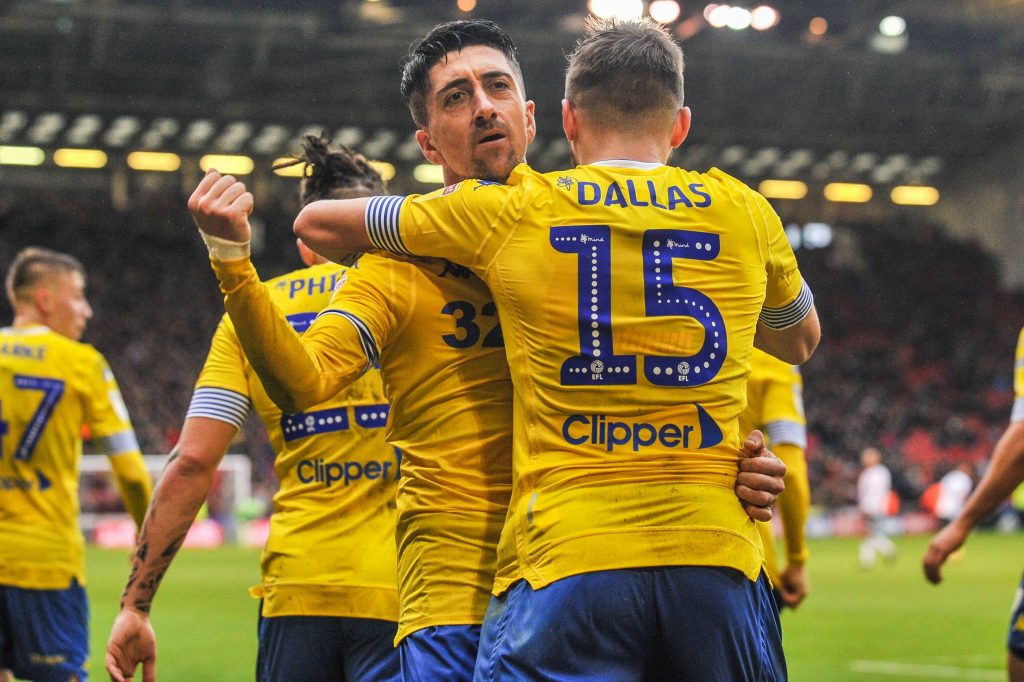 Versatile Leeds United star Stuart Dallas has been rewarded with a new three-year deal after an amazing Premier League campaign with the Yorkshire giants.

The Northern Ireland international featured in all of the Whites’ top-flight games last term, scoring eight times and weighing in with two assists.

The 30-year-old is pleased with his contract extension, posting his appreciation on Instagram. Leeds hero Pablo Hernandez is delighted for his former teammate, sending him a message: 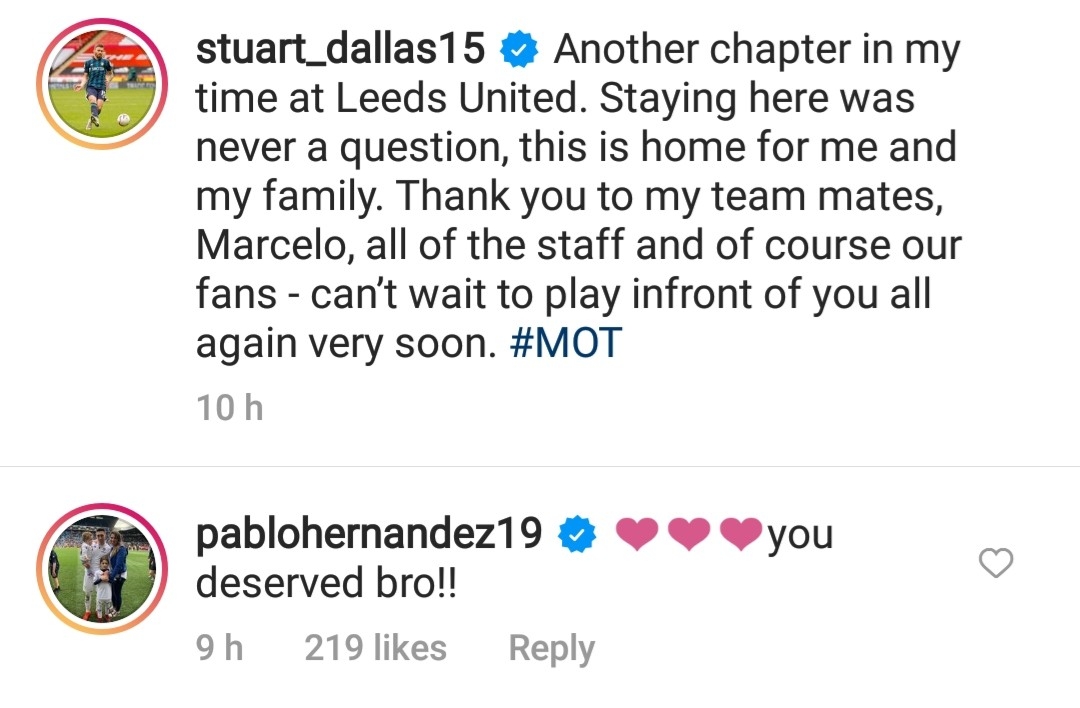 Hernandez left Elland Road at the end of last season after five seasons at the club.

Hernandez will be missed by his teammates, but that has not stopped him from wishing Dallas well.

Leeds need to get in a creative midfielder this summer, and boss Marcelo Bielsa will be pleased if he gets one capable of reproducing the Spaniard’s heroics in the attacking third.

The Yorkshire side finished in the top half of the Premier League table last season and are looking to break into the top-six next term.