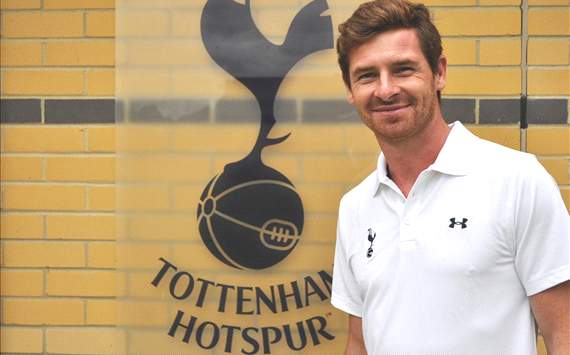 Tottenham’s end to last season was thoroughly miserable. A horrible, mean-spirited, heartbreaking ending to a season that at times had promised so much. Think of the The Elephant Man when John Merrick’s happy existence is ruined by bastard circus owner Bytes. Or Mark’s love for Sophie on Peep Show culminating in a wedding where the best man pisses himself and the bride runs off minutes after the wedding saying the groom is ‘horrible’. Or the time I saved up for months to buy Robot Wars: Arenas of Destruction on a Playstation 2 and then the game didn’t work. Spurs finishing 4th then seeing Chelsea win the Champions League was a horrible way to finish a season when winning the title was a plausible idea in mid-January.

Now in early July, six weeks away from the start of the season optimism is starting to sweep through Tottenham Hotspur Football Club again. Andre Villas-Boas may be a Chelsea reject, but now he’s their Chelsea reject. The man who may lead them to success and add to the good work that Harry Redknapp did but never fully completed.

For a start, Villas-Boas is so much nicer to look at than Harry Redknapp. At times Redknapp looked like runny yoghurt squashed into a shirt and he certainly didn’t give off the air of suave, sophisticated football manager. Not like Andre Villas-Boas. He certainly looks the part with his ready smile, slim build, dazzling eyes and all round Portuguese-ness. Whether it’s Villas-Boas, Jose Mourinho, Paolo Sousa (a personal favourite in this category) Portugal know how to produce a suave manager.

He looks the part and if you were to take his spell at Chelsea out of the equation Spurs have a potentially great manager on their hands. At Porto in one season charge he shattered more records than a pissed off Usain Bolt annoyed at his rival nicking one of his pre-race chicken nuggets. Porto won 84 points out of 90, were the first Portuguese side this century to go unbeaten in the league, won the Portuguese Cup and won the Europa League.

They won every competition they entered in 2010-11, with AVB appearing to be a new Mourinho, but without the arrogance, boasting, American Express adverts and at times ugly style of football. Porto’s style of play under him was a high-pressing, high tempo 4-3-3 with the emphasis on attack. This worked spectacularly and saw them solve the paradigm of being both successful and exciting to watch. Before that he rescued Academica from relegation trouble and led them to a comfortable mid-table finish.

This man arriving at Spurs, a club renowned for attacking, aesthetically pleasing football and with a squad of players who last season when fit and firing were a joy to watch, is a mouthwatering prospect. A squad made for attacking football managed by a coach who preaches attacking football. It could be brilliant, both for neutrals to watch and for fans to savour.

Of course as this is Spurs it may well end in disaster. I said ‘if you ignore his time Chelsea’ for a reason. Because at Chelsea he flopped spectacularly. He came across as arrogant, aloof, failed miserably to convince a veteran led squad to adopt his style of football and the results were poor. His man-management seemed atrocious, with players complaining of not being told why they were dropped, plainly not straining every sinew for him and even Frank Lampard engaging in on-pitch histrionics. Their subsequent victory in the Champions League after they’d got rid of him did little for Villas-Boas’ reputation.

But at Spurs he should have a squad more receptive to his ideas. Tottenham’s players have barely won a teacup between them in their careers. One League Cup in 2008 is all the club have won this century. Only William Gallas and Rafael Van der Vaart have won trophies of real note. That means it should be much easier for Villas-Boas to spread his ideas and get the Spurs team playing with the speed, intensity and comfort in possession he desires from his teams.

The Spurs squad are far more suited to the aggressive style of play Villas-Boas preaches and which worked so well at Porto. At Chelsea he had players who didn’t appear to respect him and who also weren’t a good fit for his style of play. Having John Terry play a high defensive line with his lack of pace is like solving the problem of your living room’s low ceiling by cutting off your own head. The likes of Essien, Lampard, Drogba and others were too slow to suddenly start pressing opposition midfield and centre-halves like buzzing wasps.

At Spurs he shouldn’t have such problems. The likes of Kaboul and Caulker in defence should be fine playing high up the pitch, squeezing opposition forwards space while playing the ball out nicely from the back. Caulker’s already had a season doing at this when loaned out to Swansea. Walker and Assou-Ekotto should enjoy roaming down the flanks from full back, especially Walker with his express pace.

In Sandro, Parker and others Spurs have energetic midfielders happy to press, tackle and harry the opposition. Bale and Lennon when fit and on song can be devastating. On the ball Spurs when on form are as good a side as any in the Premier League. Only up front are Spurs in need of significant reinforcements with Jermain Defoe currently their own senior striker at the club.

Signing Gylfi Sigurdsson is a good start. A player choosing Spurs ahead of Liverpool may not seem like much now but even five years ago would have been seen as a ridiculous move by the player. He’s exactly the sort of young, creative player clubs of Spurs ilk should be looking to sign and should fit right into Villas-Boas’ three-man central midfield. He should also improve Spurs set pieces which were hopeless at times last season. At one point in the season Spurs had over a hundred corners without scoring. Not one direct free kick was scored the entire season. Sigurdsson should improve that immeasurably if the set piece skills he’s shown at Reading and Swansea are anything to go by.

Of course there are doubts over this bright new future, this is Tottenham Hotspur after all. Luka Modric looks unlikely to stay and Rafael Van der Vaart may also be departing soon. This is hardly shocking stuff – Modric wanted away last summer and to ask a player of his calibre to play in the Europa League is almost an embarrassment.  However, with Joao Moutinho, Nuri Sahin and Oscar from Internacional all rumoured to be arriving Spurs should make a profit on Modric and have a very handy replacement. Van der Vaart is a player of exceptional skill and intelligence, but in the high tempo 4-3-3 Villas-Boas is expected to deploy there’s no natural position for him. Selling him may be necessary.

It will be disappointing for Spurs to lose talented players, but the rumoured transfer budget of £30m plus whatever they make in sales (£40-50m potentially from the sales of Modric and Van der Vaart) Spurs can buy some very tasty players well suited to Villas-Boas style. Jan Vertonghen may eventually complete his transfer from Ajax and adds to a talented defence, the midfield with Sandro, Parker, Livermore and Huddlestone and now Sigurdsson alongside whoever else Spurs sign looks very handy indeed. Bale and Lennon are capable of destroying teams with sheer pace. Up front is the only position which is really lacking. The rest of the Spurs squad is talented and has depth in key positions.

This summer should be a time of optimism for Spurs fans. An exciting young manager who won more trophies in one season than Harry Redknapp won in his whole career has been hired, a new training ground with superb facilities will be in use by the end of the month, Spurs look set to spend big money for the first time in several summers and an attacking team with an attack minded manager could lead to some wonderful football being played by Spurs in the next few seasons. Villas-Boas will have a few scores to settle from his time at Chelsea and must be incredibly determined to show with a more receptive group of players just what he’s capable of. To be a Spurs fan may well be very heaven in the next few years.