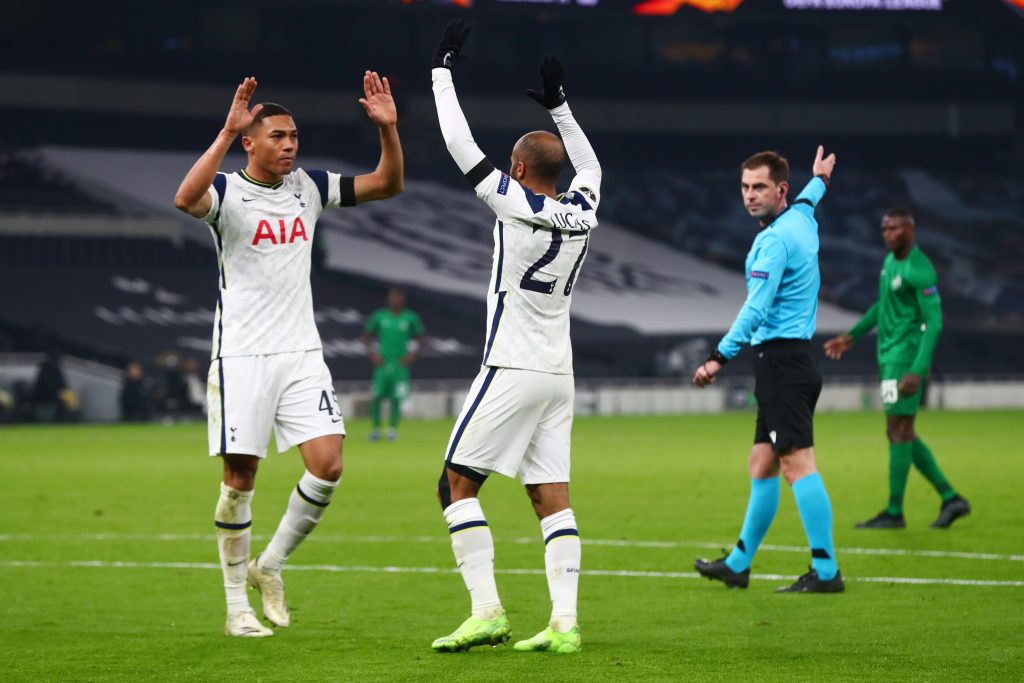 According to Football Insider, Tottenham Hotspur will not take up the option to sign Carlos Vinicius permanently for £38 million at the end of the season.

The Brazilian joined the North Londoners from Portuguese outfit Benfica last summer on a season-long loan, and an option to buy was included in the deal.

However, Vinicius has not done enough to impress Spurs, and they cannot afford to splash the cash on him given the financial hardship that the coronavirus pandemic has plunged clubs into.

Sportslens View: Signing Vinicius for his market value could be a bargain

At best, the 25-year-old is worth half of the £38 million fee Benfica have slapped on his head, and Tottenham think they can sign him for that amount.

Vinicius is currently valued at around £17 million, and not many clubs would be paying more than that for him right now.

He has scored nine goals and weighed in with three assists in 19 appearances across all competitions, but he remains second fiddle to Harry Kane, and that will not be changing anytime soon.

With just one Premier League start since his arrival, Tottenham head coach Jose Mourinho clearly does not trust Vinicius against tougher opponents, and that is proving to be the case in the knockout stages of the Europa League.

Despite starting five out of Spurs’ eight games in the competition, the Brazilian only featured for six minutes during the first leg of the round of 16 clash against Dinamo Zagreb last Thursday, and his lack of playing minutes is not likely to change.

Kane is fully fit, Gareth Bale is starting to make a mark, while Lucas Moura and Dele Alli are also proving to be better threats in front of goal than Vinicius.

While Son Heung-min’s recent injury should ideally give him a chance to see more playing time, other attackers will likely benefit more from the South Korean’s absence.

However, he is yet to adapt to Tottenham’s style of play under Mourinho, and it will be interesting to see whether he will remain at the club beyond the end of the campaign.

In other news, Tottenham are reportedly eyeing a move for an Argentine superstar.