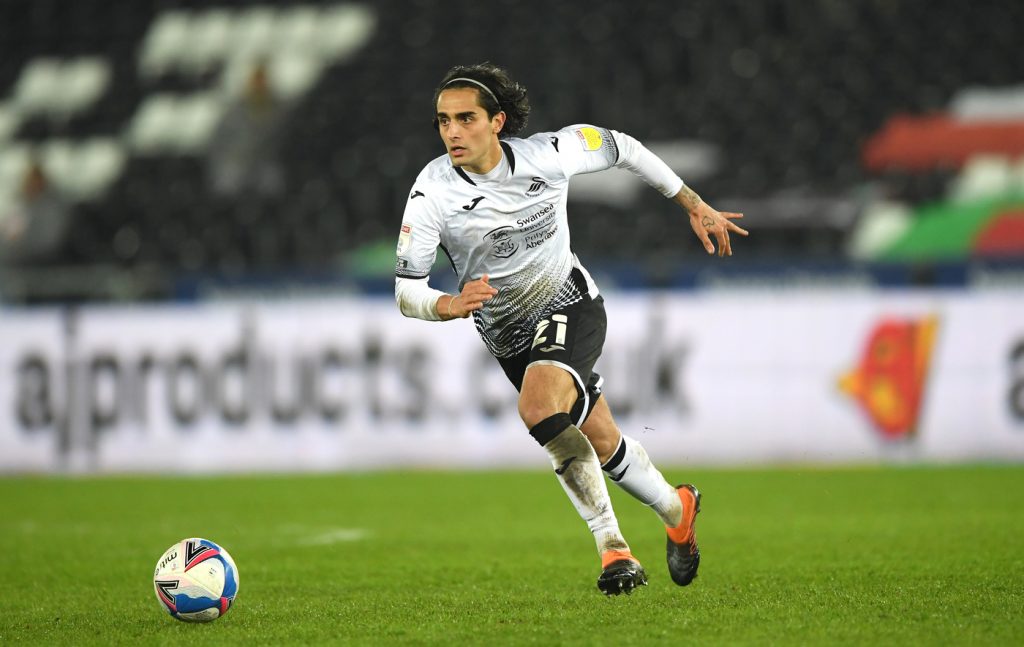 Media reports linking Leeds United with a move for Swansea City playmaker Yan Dhanda have certainly raised a few eyebrows around the Sportslens team this weekend.

Various outlets have reported that the Whites are interested in signing the 22-year-old after he produced some impressive performances in the Championship over the past couple of months.

His efforts have helped to fire Swansea into contention for promotion and sparked talk that a move to the Premier League could be on the cards.

Dhanda spent five years in Liverpool’s academy before moving to Swansea in search of first-team opportunities in 2018.

He initially struggled to force his way into the first team, but he has started to see more game time this season.

His ability on the ball has been eye-catching, although his work-rate sometimes leaves a lot to be desired.

Despite impressing towards the end of last year, Dhanda has found himself back on the bench in Swansea’s last three matches.

With the Swans recently losing loanees Kasey Palmer and Morgan Gibbs-White, it is unlikely that they would be willing to weaken their squad even further by selling Dhanda.

It is also debatable whether a player who is yet to fully establish himself as a regular in the Championship is a sensible target for Leeds.

As things stand, Leeds should look elsewhere and Dhanda would be well-advised to focus on winning his place back in Swansea’s starting XI and help the team’s promotion bid.