On This Day in Football: United score TEN past Anderlecht, Wolves devour Chelsea 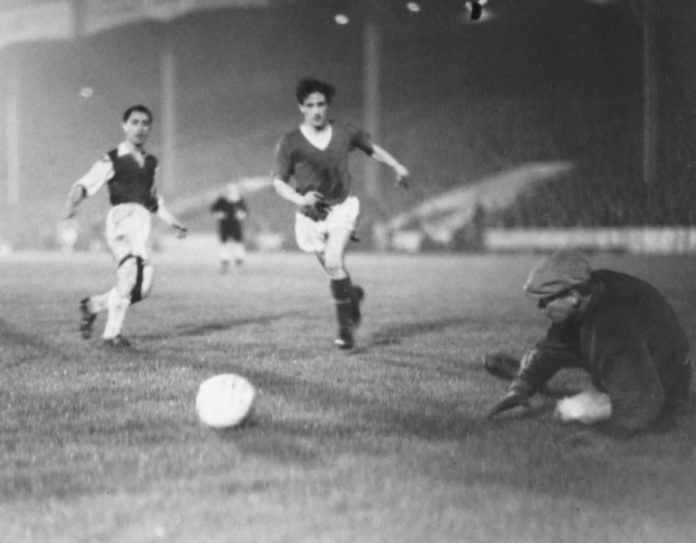 On this day in 1956, Manchester United beat Belgian side Anderlecht 10-0 in a European Cup preliminary round match.

With Old Trafford not equipped with floodlights, the match had to be played at Maine Road. It was the first European Cup fixture to be played on English soil.

Dennis Viollet scored four, Tommy Taylor bagged a hat-trick, Liam Whelan scored a brace and Johnny Berry got one to make it 10-0 to United. The Red Devils won 12-0 on aggregate.

“I have just got to say that we ran up what has to be regarded in football circles as a cricket score because we played darned well! I was becoming accustomed to see the great team of those days playing well, but they excelled themselves that night,” said Sir Matt Busby after the game.

“It was, in fact, the finest exhibition of teamwork I had ever seen from any side either at club or international level.”

They met Borussia Dortmund in the First Round. A 3-2 win at Maine Road and a 0-0 draw at the Stadion Rote Erde saw them progress to the next round to face Athletic Bilbao.

United lost 5-3 at San Mames but a fantastic 3-0 win in the return leg put them against eventual winners Real Madrid in the semi-finals. Led by the great Alfredo Di Stefano, Real won 3-1 in front of 120,000 fans at the Santiago Bernabeu.

During this time, the club invested £40,000 to install floodlights at Old Trafford and avoid playing European games at Maine Road. The light cast huge shadows on the pitch therefore two sections of the Main Stand roof were cut off.

United welcomed Real to Old Trafford on April 25. Captain Roger Byrne led his team out with Duncan Edwards and a young Bobby Charlton in tow.

Raymond Kopa and Hector Rial scored a goal each to put Real 2-0 up at half-time. United, in what must have been some team talk from Sir Matt, returned after the interval with renewed vigour. Goals from Charlton and Taylor made it 2-2, putting 65,000 fans on the edge of their seats. Unfortunately, Rafael Lesmes and Marquitos did not let United get another sniff of goal and held on to their aggregate lead until full time.

Chelsea fall prey to the Wolves

On this day in 1953, Wolverhampton Wanderers beat Chelsea 8-1 at the Molineux.

Wolves had finished the previous season third on the table and were determined to have a go at the coveted First Division title. The visiting Chelsea team were languishing at 17th having lost three consecutive games in the league.

The floodgates opened in the 3rd minute when Johnny Hancocks put Wolves ahead from the penalty spot. But Chelsea, defending in numbers, somehow managed to keep it 1-0 at half-time. After the interval, however, they were ravaged.

Seven more goals from Wolves and a consolation from Roy Bentley for Chelsea put the full-time score at 8-1. It still remains as Chelsea’s biggest ever loss. Wolves went on to win their first ever First Division title that season under the great Stan Cullis, finishing four points above West Bromwich Albion.