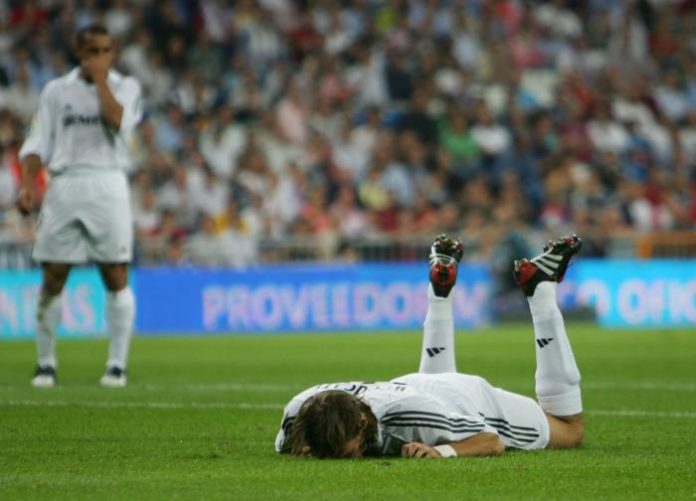 Football fans around the world were left bewildered when Real Madrid signed Newcastle United and England centre-back Jonathan Woodgate in the summer of 2004.

If Newcastle fans were caught off-guard, Real Madrid fans were in utter and complete shock. Given Real’s usual transfer targets and Woodgate’s unflattering stature in the world of football, even the Spanish media could not believe that the deal went through.

“It came as a massive surprise to all of us,” said Jose Felix Diaz, a reporter for Marca. “We all put together a list of the top 10 players that Real might want to sign to strengthen their defence and he wasn’t on it.”

Woodgate, of course, had a terrible injury record as well.  His debut for Real came more than a year after he signed his contract at the Bernabeu. And it was a night to forget for the former Magpies defender.

With Ivan Helguera injured, Woodgate was handed his first start in Madrid on this day in 2005 against Athletic Bilbao. The then 25-year-old was given a rapturous reception by the Bernabeu faithful as he lined up alongside Francisco Pavon in the heart of Real’s defence.

It took just 25 minutes for him to become the centre of attention. Athletic winger Joseba Etxeberria fired in a shot towards goal. Woodgate, in his attempt to head the ball away, managed to put it past Iker Casillas to score a spectacular own goal.

It happens. We have all scored own goals – maybe not quite in that fashion or for Real Madrid at the Satntiago Bernabeu but still, it happens. What followed that own goal, however, made Woodgate a laughing stock in Spain.

Just before half-time, his crunching challenge from behind on Carlos Gurpegi earned him a yellow card. Maybe this was the time to take him off the pitch. Twenty minutes into the second half, he fouled Etxeberria, got a second yellow, and was sent off. Despite his sending off, Real managed to make a comeback and win 3-1.

Marca ran a poll on their website asking football fans to vote for the worst signing of the 21st century. Woodgate won by a landslide with 37.11% of the votes to his name.