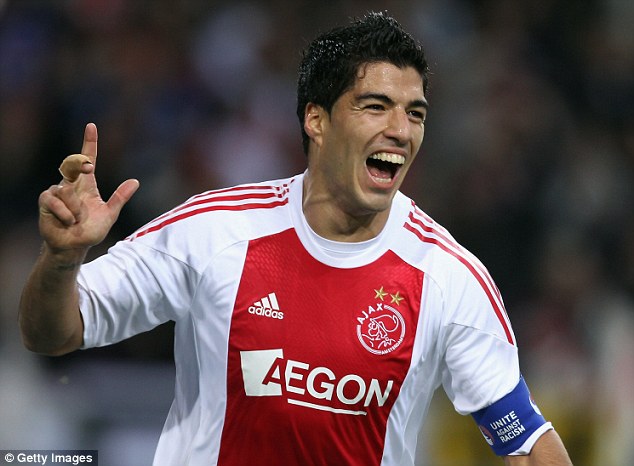 On this day in 2010, Luis Suarez took his first bite on a football pitch as he sunk his teeth into PSV Eindhoven’s Otman Bakkal during an Eredivisie match.

The Uruguayan striker, then at Ajax, went into the 2010-11 season at the back of a phenomenal campaign. The former Liverpool superstar scored 49 goals in 48 appearances for Ajax in all competitions and was off to a similar start in the new season as the four time European Cup winners went head to head against league leaders PSV. A cagey affair throughout the game, the match was heading towards an inevitable 0-0 draw.

In stoppage time, however, Suarez brought the house down with a bizarre yet inconceivable act on the pitch. He bit into PSV midfielder Otman Bakkal’s shoulder as the two appeared to be involved in a scuffle.

The referee missed the incident but Ajax took retrospective action against Suarez by suspending him for two games and fining him for an undisclosed sum of money. The Dutch FA deemed this to be too lenient and suspended Suarez for an additional seven games.

Suarez, while still under suspension, moved to Premier League club Liverpool in the January transfer window. Controversy followed him like a shadow, however, as he was involved in two other ‘biting incidents’ – one involving Chelsea’s Branislav Ivanovic in a league tie and the other being Italy’s Georgio Chiellini in a World Cup fixture.

On this day in 2001, Southampton moved into the St Mary’s Stadium from the Dell.

Despite the stadium’s relatively short history, the site on which it is built boasts a rich and ancient heritage. Following the end of Roman Britain in 410 AD, Anglo-Saxons moved into the area and built a settlement known as Hamwic. Paganism prevailed as the Anglo-Saxons ruled the area until the arrival of the Vikings in 700 AD.

Meanwhile, coming back to modern and simpler times, Southampton’s tenure at St Mary’s was off to a disastrous start. The Saints lost four and drew one of their opening five Premier League fixtures in their new home. In order to lift the curse, quite literally, the club sought the help of Pagan witch Cerridwen “Dragonoak” Connell.

“I performed a ritual there and, because of my upbringings, I did it in Welsh. I performed a cleansing of the ground in Celtic tradition but athletes are a very superstitious bunch and I did a blessing for some positive energy and it has obviously worked,” said Dragonoak.

It did work as the very next day Southampton beat Charlton Athletic 1-0 to record their first victory at the St Mary’s stadium. All hail her magnificence, the “Dragonoak”.