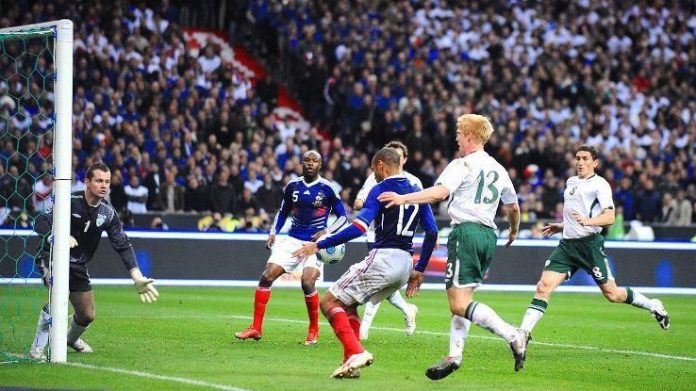 The Blues had to play the qualifying rounds of the FA Cup but due to fixture congestion the club was forced to play two games on the same day. Chelsea’s first team entertained Burnley at Stamford Bridge in a Second Division tie and won 1-0 while the reserves were sent to play the FA Cup qualifier. Southern League outfit Crystal Palace were the opponents who produced one of the most remarkable results in the history of the tournament.

The Eagles hammered Chelsea 7-1 which still remains the worst defeat suffered by a Football League club against a non-league side.

Henry hands it to Ireland

On this day in 2009, France qualified for the 2010 FIFA World Cup in South Africa courtesy of one of the most controversial goals of all time.

Les Bleus were up against Ireland in a play-off. Having won the first leg 1-0 in Dublin, the Frenchmen were the obvious favourites to qualify for the World Cup. But it was not that easy.

Robbie Keane put Ireland ahead in the 32nd minute and Shay Given pulled off a string of fantastic saves to force the game to go into extra time. This is where it went controversial. France midfielder Florent Malouda sent in a free-kick towards Thierry Henry. The former Arsenal striker then clearly handled the ball with his left hand to keep it in play before squaring it to William Gallas who put it in the back of the net. The game ended with an aggregate score of 2-1 in France’s favour.

The referee did not entertain any protest from the furious Irish players while FIFA rejected Ireland’s appeals for a replay. Football can be really cruel sometimes.