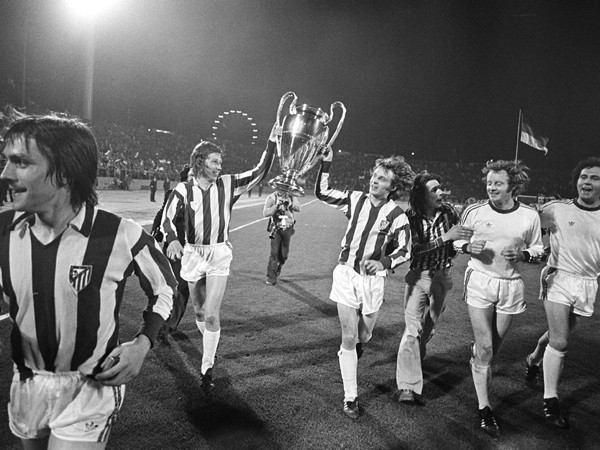 On this day in 1974, Bayern Munich won the first of their three consecutive European Cups by beating Atletico Madrid in the final.

A 1-1 draw in the first final forced a replay two days later. The two teams returned to the Heysel Stadium in Brussels to battle it out once again.

Bayern were put ahead in the 28th minute by Uli Hoeness before Gerd Muller doubled the Bavarians’ lead in the 58th minute. Muller stretched the lead to 3-0 in the 71st minute to put the game out of contest. Not to be outdone by his strike partner, Hoeness scored his second in the 83rd minute to bury the game.

This was Bayern’s first of three consecutive European Cup victories. The 1975 and 1976 finals would see them beat Leeds United and Saint-Etienne respectively.

Arsenal suffered two cup final defeats on this day – a UEFA Cup final loss against Galatasaray in 2000 and a UEFA Champions League final defeat at the hands of Barcelona in 2006.

Played at the Parken Stadium in Copenhagen, the UEFA Cup final went into penalties after a dour 0-0. Two of Arsenal’s spot kicks were denied by the woodwork while Galatasaray converted their first three chances.

With the scores reading 3-1, Galatasaray’s Gheorghe Popescu put the ball past David Seaman to help his side lift the UEFA Cup.

The Champions League defeat came at the Stade de France in Paris. Goals from Samuel Eto’o and Juliano Belletti gave the Catalans a 2-1 victory.